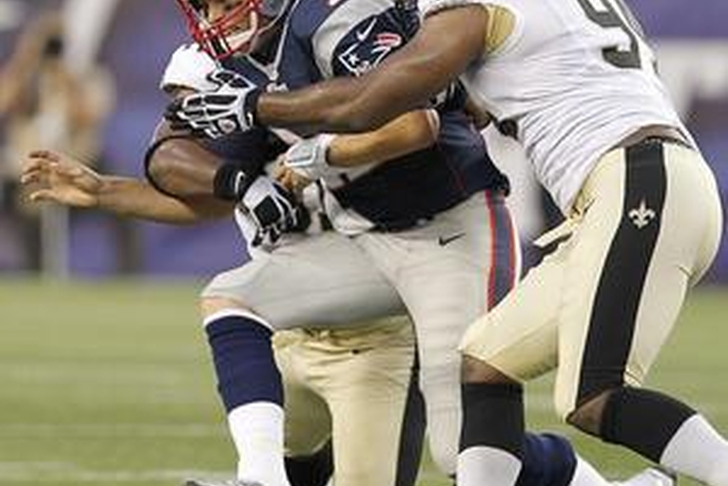 Sometimes it’s good to be wrong.

Indeed, in spite of this writer’s fears, the Saints are 5-0 after putting together perhaps their most complete effort this season last Sunday in Chicago.  The defense kept Chicago’s offensive weapons in check (other than allowing Alshon Jeffery to have the first 200-yard receiving game in Bears history), moved the ball consistently on offense, and committed no turnovers against the team whose defense has recorded three or more takeaways in every game this season (including this past Thursday against the Giants).

In my season preview, I thought the Saints would lose both games on this road trip, but as it drew nearer I thought they’d likely split the two games, with Chicago being the more likely loss.  New England I was ready to change course on and call a victory, and I still feel that way.

New England’s 4-1 right now, but it’s hardly an impressive 4-1.  Their four wins come against teams with a combined record of 6-13 with only one victory by more than seven points.  This past Sunday they only managed six points against the Cincinnati Bengals in a game that saw Tom Brady’s consecutive-games-with-a-TD-pass streak come to an end one game before he’d have the opportunity to tie Drew Brees’ record.

So combine the Patriots’ struggles to try and be who they have been in the recent past with the Saints’ great improvement on defense, and you have a pretty favorable matchup for New Orleans.  Tom Brady is still Tom Brady, but he needs the help around him.  Here are three factors that will play into New Orleans’ hands on Sunday.

Rob Gronkowski – Will He Play? (Potential Spoiler Alert: Probably Not). It’s well documented all of Gronk’s surgeries, but there has to be real concern at this point.  During last weekend’s games the talk was that he was sitting out one more game, but would definitely be back this weekend.  He was a full participant in practices all week.  But on Friday, the news comes out that he still hasn’t been cleared by doctors to play, which throws his status into serious doubt.  While he’s only one man, he (when on the field) is still Brady’s biggest weapon, and his missing-ness will be even more evident considering…

New England’s Receiving Corps – Holy Crap. Remember when Brady threw 50 TDs in a season?  When he had rejuvenated Randy Moss and breakout star Wes Welker, and supporting players like Jabar Gaffney and Donte Stallworth to throw the ball to?  Replace Moss with Kenbrell Thompkins, Welker with Danny Amendola, and Gaffney and Watson with Aaron Dobson and Julian Edelman.  Wow.  I bet Tom feels great about always taking less money than he could get elsewhere so that the team can bring him help.  Amendola’s about the only guy that’d be better than a number three receiver anywhere else, but they’ll be lucky to get 10 games out of him this year.

But hey, you can make up for a sub-par passing game with a solid rushing attack right?

New England’s Running Game Is About What You Expect From New England’s Running Game. Shane Vereen’s had their best rushing performance of the year, and he got hurt in that game and hasn’t played since.  Stevan Ridley has to rate as one of fantasy football’s biggest disappointments this year.  Their leading rusher is LeGarrette Blount, who occasionally looks like a solid NFL running back, and sometimes is comically awful.  Just be sure, if he has a terrible game, not to mention to him afterwards (LOOK OUT #94!!!).

Tom Brady Throws For No More Than One Touchdown. As mentioned, the storyline of Tom Brady seeking to tie Brees’ TD-streak record (and the Saints having the last chance to protect Drew’s spot) is now kaput.  But the young Saints D still sees this as their first time going up against a truly top-tier quarterback and will want to prove themselves.  Brady will find his spots from time to time, but the defense will keep him largely under wraps.

Garrett Hartley Kicks 3+ Field Goals. One aspect of New England’s defense this year that has been unusually solid is their defense.  Even in their one loss, they only gave up 13 points to Cincinnati.  The Saints will move the ball, but the defense could get a few stops, setting up several FG opportunities.

Drew Brees Outduels Tom Brady In Every Possible Way. This isn’t all Brady’s fault.  Brees just has a much, MUCH better offense around him.  Brees throws for more yards, more touchdowns, and a higher completion percentage than Brady.

Again, this is one that seemed to pose a big threat at the start of the season.  After watching the first month of the season, it isn’t nearly as scary.  Patriots will get theirs in spots, but ultimately their youth and mediocrity at the skill positions will be their undoing.  Saints win, 30-17