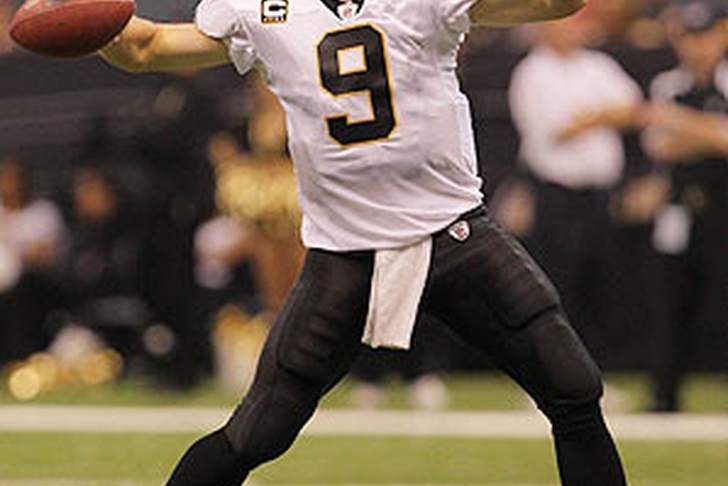 What a difference a year can make.

It’s been mentioned here many times, but it bears repeating: last year the New Orleans Saints had maybe the worst defense of all time.  They gave up over 7,000 yards (the first team ever to do that), and their inability to stop seemingly anyone (save for Josh Freeman) cost them a number of winnable games.

Fast forward to 2013.  The Saints have given up less than 300 yards of offense in two of their first three games (a feat they accomplished only once in all of 2012), and have gone from allowing 28.7 points per game last year (second-to-last in the NFL) to 12.7 this year (fifth in the league).  Add that to the still-potent offense of Drew Brees and Co., and you can see how the Saints have turned last season’s 0-4 start into 3-0.

But it goes beyond just the statistics.  Look at each of their performances so far.  Against an explosive Atlanta offense, they gave up some points early, but kept the Falcons in check the rest of the way, and made a red-zone stand at the very end to seal the win.

At Tampa Bay, the offense struggled to get in gear and move the ball with any consistency, which in the past would’ve been the team’s undoing.  But the defense stiffened up and didn’t allow the Bucs to get on track either.  Tampa’s only offense score came when they were given a 35-yard field to play with following an interception, but besides that they looked overmatched.  Even after Tampa took the lead on an interception return, the defense was able to stop Doug Martin when it needed to to get the ball back to Brees.

Finally, last weekend there was Arizona.  Not a whole lot needs to be said about this one.  The Saints allowed the Cardinals to get a touchdown on their opening drive, and after that went into full lockdown mode, shutting out the Cardinals the rest of the way and not allowing them to do much of anything on offense.

Admittedly, I was skeptical of the Rob Ryan hire on the offseason, but whatever he’s been doing, it’s been working.  Between the introduction of new faces like Kenny Vaccaro and Keenan Lewis, the continued improvement of guys like Junior Galette and Cam Jordan, and the continued solid play of veterans like Jabari Greer and Curtis Lofton, there is a whole new aura on defense this year.  If they can keep it up, the sky could be the limit for this Saints team.

But enough about what’s done, let’s look ahead to Monday night and the Miami Dolphins!

The Big Stage! Yes, Monday Night Football returns to the Superdome, a situation that generally bodes well for the boys in black and gold.  The Saints haven’t lost a Monday night game since 2008, winning their last eight in a row on the NFL’s biggest regular-season stage.  When these games have been in the Superdome, look out.  The Saints have put some serious beatdowns on teams in prime-time, including the Giants (49-24 over the eventual Super Bowl champions in 2011), the Falcons (45-16, also in 2011), and the Patriots (38-17 in the Saints’ own Super Bowl season of 2009).

A Class Reunion. This game will also feature the first instance of two childhood friends going against each other—perhaps literally.  Dolphins wide receiver Mike Wallace and Saints cornerback Keenan Lewis, both New Orleans natives, played their high school ball together at O. Perry Walker, and after college were both drafted in the same year (2009), in the same round (3rd), by the same team (Pittsburgh).  They played together with the Steelers for four years, before each seeking a new setting this season.  Even beyond the professional implications of Monday’s game, there could be some personal bragging rights at stake as well.

Another “homecoming” note: Dolphins head coach Joe Philbin will return, for the first time as a head coach, to the stadium where he first broke into the coaching ranks.  Philbin got

his first job as a graduate assistant at Tulane University in 1984.

Please Get the Run Game Going. For as good as the defense has been, and as steady as the passing game continues to be, the Saints really need to get their run game on track.  The Mark Ingram experiment has been a failure, but they still have the hands to get it going.  Pierre Thomas and Darren Sproles have been their usual consistent selves, and even undrafted rookie Khiry Robinson ran hard and tough in his few carries last week against Arizona.  Granted, it was garbage time, but Robinson also looked really good in the preseason.  Giving Robinson a shot to have a real role in the offense may not be a bad idea.  Miami’s been giving up 108.7 yards per game on the ground, so this week could be a good one to try establish the run.

-          Jimmy Graham goes for 100+ yards and a touchdown…again. Graham is in a contract year, and it shows.  358 yards and four touchdowns through three games, and showing no signs of slowing down.  Mickey Loomis, pay this man!

-          A Saints running back gets into the end zone for the first time this year. As stated before, the Saints really need to get their run game on track, and Miami’s giving up over a hundred yards per game.  Look for the Saints to try and get it going, and one of their backs scores for the first time in 2013.

-          The Saints defense racks up 4+ sacks. Ryan Tannehill has been sacked 14 times through three games.  The Saints front seven has been good at getting pressure on quarterbacks, and in the Superdome environment, they’ll keep it going and get to Tannehill early and often.

A seemingly-whole new defense.  The usual good offense.  A Monday night stage where they’ve been at their best in recent years.  The Saints are rolling, and it should continue Monday night.  To the Dolphins’ credit, they’ve looked pretty good this season (the victory last week over Atlanta, in particular, is much appreciated), and are clearly a team on the rise.  But in the Dome on Monday night, their unbeaten start comes to an end.  34-16, Saints win.