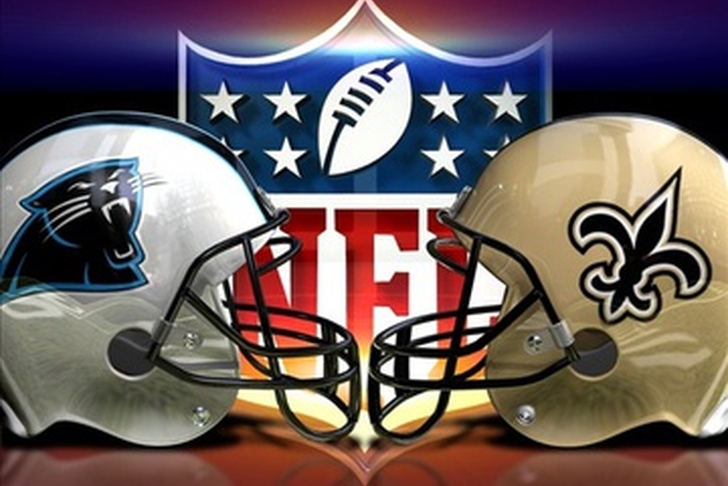 After seven excruciating weeks, we finally saw the Saints team we all expected this year on Sunday night against Green Bay. They performed well in all facets of the game: Drew Brees looked sharp and avoided the big mistake. Mark Ingram showed no lingering effects from the hand injury that sidelined him for a month. The defense was on point, getting 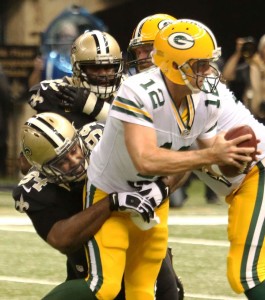 pressure on the quarterback and taking advantage of opportunities when the Packers presented them.

Maybe it was just the prime-time magic, but the Saints turned in easily their best game of the year when they needed it most, and the continued struggles of the other NFC South teams set them up in a very high-stakes game this week.

It’s on to Carolina for a Thursday night game, where the winner will have sole possession of first place in the division. Needless to say, the game being in Carolina would seem to have an adverse effect on the Saints, as they have yet to win a road game this season, which includes a loss to Cleveland and a blown 13-point fourth quarter lead against Detroit.

So how can the Saints finally get that first road win and take over the top spot in the South? Here are three key points of emphasis for New Orleans tonight.

1. Don’t lose the turnover battle. Seems obvious, right? But this has been a key difference-maker when looking at the trends of the Panthers’ record this season. All three of the Panthers’ victories (and their one tie) have come when they had the advantage in turnover margin, and all four of their losses have come when they had equal or fewer turnovers than their opponent. For the Saints’ part, they’re 2-1 when even with or ahead of their opponent in turnovers, and 1-3 when behind.

2. Don’t let Cam be Cam. By that I mean, don’t let Newton become the dual-threat that he’s been known for being. Since injuring his ribs in the preseason, Newton’s rushes were limited throughout the early part of the season. Three weeks ago against Cincinnati, he finally showed his old form, tallying 17 carries for 107 yards, and the Panthers put up 37 points. The last two games since then, the Packers and Seahawks held him to a combined 19 carries for 65 yards, and the Panthers scored 17 and 9 points in those two games, respectively. Keep Newton one-dimensional and you neutralize the biggest threat that Carolina poses.

3. Run the ball early and often. Despite playing only four games so far this year due to injury, Mark Ingram is already over halfway to a new career high for rushing in a season. His career high for touchdowns is five, and he has four already in 2014. Give him the ball, but make sure you continue to give him the ball. Ingram gets noticeably better as the game wears on and he gets more carries, averaging 4.8 yards on his first ten carries of each game, and 7.8 on carries after the tenth. The Panthers haven’t been great against the run this year, allowing 135.3 yards per game on the ground (28th in the league). Keep the ball on the ground and let Ingram do his damage.

If the Saints can achieve these three goals, they should be in good position to enjoy the next week in first place.

Mark Ingram gains 90+ yards rushing. Ingram turned in a gem, nearly doubling my prediction with 24 carries for 172 yards, the highest rushing total for a Saint since Deuce McAllister in 2003. Full Credit.

Multiple sacks for the Saints defense. FOUR! FOUR SACKS! Should I try the “three sacks” prediction again this week? Probably best if I don’t. Full Credit.

A defensive touchdown. Didn’t happen. The two teams combined for four turnovers, but none went all the way back. No Credit.

Mark Ingram: 100+ yards rushing. As noted earlier, the Panthers don’t have a good run defense, and Ingram is having the best season of his career. He goes over the century mark again.

Cam Newton held to less than 50 yards rushing. One of the keys will be keeping Cam from being the two-way threat that he’s very capable of being. If the defense (particularly the line) can keep up the improved play that they’ve shown lately, they’ll keep Cam contained and force him to try and win the game through the air.

Drew Brees throws for 3+ touchdowns. Carolina has given up 16 passing touchdowns 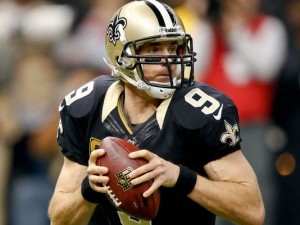 this year, tied for fourth-most in the NFL. Mark Ingram will run well enough that the Panthers will have to respect the run game, which will open up the passing game for Drew Brees to pick his spots and win the game through the air.

After the first month of the season, who’d have thought that the Saints would be in position to take first place in the division by the halfway point of the season? Thanks to the struggles of the rest of the division, that could be a reality. The Saints will have to overcome their road woes to get it done, but Carolina hasn’t exactly set the world on fire at home, going 2-2 and only scoring nine points against Seattle last week. If the Saints of last Sunday night show up, they should easily get the job done. This is the time for the Saints to grab hold of the division and take the place that so many experts expected them to take at the beginning of the year. Go get it done, boys. 31-21, Saints win.