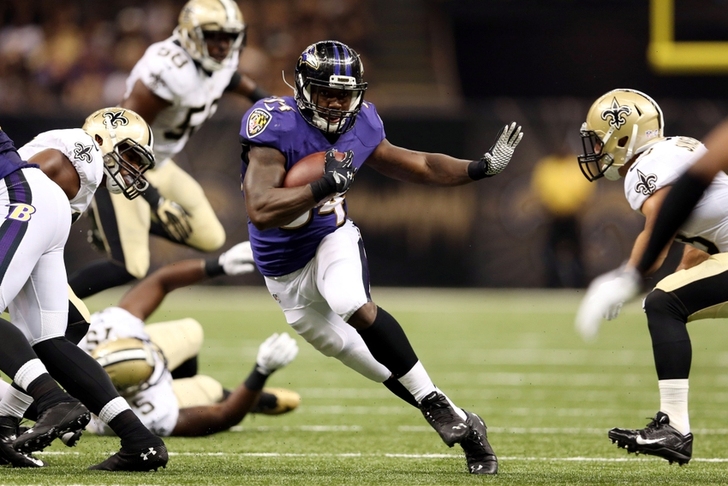 The New Orleans Saints host the Baltimore Ravens in a matchup of two teams who are in need of a victory to stay afloat in their respective divisions.

New Orleans: 4-6, tied for first in the NFC South

Key Stat: The Saints have already dropped two home games this year after going 8-0 at home in 2013.

New Orleans Outlook: The Saints are somehow in the thick of the NFC South, using a weak division to their advantage as they sit two games under .500.

The Saints have lost back-to-back home games to the 49ers and Bengals, allowing 27 points in each of those losses.

Drew Brees and the Saints offense scored just 10 points last week, and have now scored fewer than 30 in three straight games after putting up 44 in their win over Green Bay.

Baltimore Outlook: The Ravens come off their bye week looking to gain some ground in the division, where they are currently third despite a solid 6-4 record.

In an odd schedule quirk, the Ravens have already played Cincinnati and Pittsburgh twice, leaving them with only one divisional game over their final six games of the season.

Justin Forsett continues to surprise this year, as he has hung onto the Baltimore backfield for most of the season, racking up 721 yards and five touchdowns so far.

What to watch for: How will the Saints offense respond after two straight losses? Brees and the Saints have played tough defenses in San Francisco and Cincinnati, and face another tough task against a Ravens defense that is shutting down the run.

That means Brees will have to get back to dominating through the air, in what could become a shootout against a Ravens offense that can score when they need to.

What they're saying - Saints:

What they're saying - Ravens:

For Ravens to stop Brees, Flacco needs to hand off (Baltimore Sun)

The Saints will pull this game out simply because they have no other choice. A third straight home loss would sink them to 4-7 on the year. This Saints offense isn't going to be subpar for another week at home.