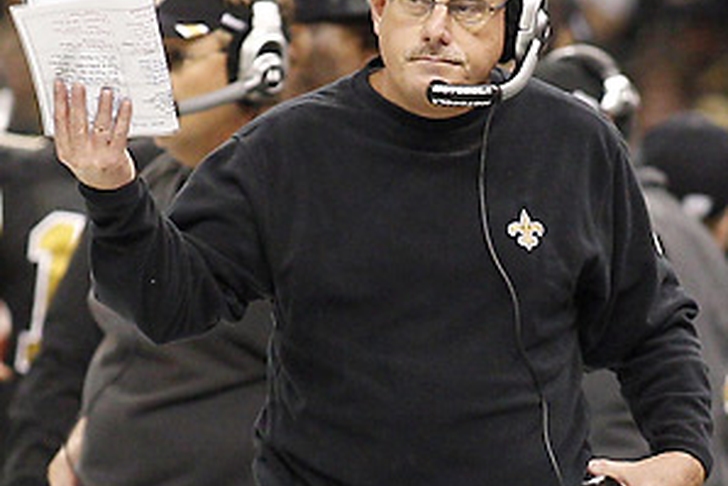 All right, we’ve officially hit the “every game is a must-win” point of the 2012 Saints season.  The loss to the 49ers hurt, but they did get some help, in that every other team battling for the last wild-card spot lost as well, keeping them only one game out of the

[caption id="attachment_513" align="alignright" width="294" caption="Time for Joe Vitt to summon whatever motivational powers he possesses. No room for error anymore."]

playoffs.  Nonetheless, if the Saints want to still be playing in January, it’s likely that they’ll need to win every game left on the schedule.  A daunting task for sure, but not impossible.  And it begins tonight with Atlanta.

Ah yes, the Falcons.  The team that walked into the Superdome almost three weeks ago and saw their undefeated season go up in smoke.  They have recovered nicely, though.  Since suffering their first loss, the Falcons managed to slay the mighty Arizona Cardinals by the score of 23-19 in a game that saw Matt Ryan throw five interceptions, and escape Tampa Bay with a 24-23 victory.

But enough about the past, let’s move on to tonight.  This could be the toughest test yet for the Saints: a formidable opponent looking to avenge their only loss, on the road, and only five days after a physical game with San Francisco.  But they’ll have to suck it up and be ready to go.  The season really does depend on it.

Avoid Turnovers – Obvious, right?  The Saints have an offense that can score enough points to win a game against pretty much anyone, the defense has been the question mark all year.  But the defense has been steadily improving, and actually turned in their second-lowest points-allowed total of the season, giving up only 17 points to the 49ers.  Unfortunately, two pick-sixes on two uncharacteristically bad decisions by Drew Brees added another 14 onto that, and gave the Niners the points they needed to win.

Even if turnovers aren’t being immediately turned into points though, the Saints cannot afford to give opposing offenses (particularly a potent one like Atlanta) short fields.  The Saints’ defense is getting better, but doesn’t need to be put in difficult situations.  Much better to just let the drive stall out and punt than to take chances that could turn out disastrous.

Make Turner Beat You – 15 yards on 13 carries.  That’s what Michael Turner managed against New Orleans in their previous matchup.  And while not every game has been that

[caption id="attachment_512" align="alignleft" width="250" caption="There are players to fear on Atlanta's offense. This man is no longer one of them."]

bad for him, it’s clear that Turner is not what he used to be.  He’s averaging 3.5 yards per carry this year, by far a career low, and has rarely looked like the playmaker he’s been throughout his Atlanta tenure.

The key for the defense will be containing the passing game and making the Falcons try to win the game on the ground.  If they can do this by keeping five defensive backs on the field, that’s great.  If this means double teaming multiple receivers, go for it.  The Falcons are the most dangerous through the air, so try to keep them on the ground.

Hold Nothing Back – Playing Thursday games is not easy.  Even good teams have turned in some of their weaker efforts playing on only four days’ rest.  But this is too important.  A loss on Thursday, and the season may as well be over for New Orleans.  Atlanta can afford to lose, as they already have the division all but clinched.  The Saints need to come out swinging and leave it all on the field.  They have 10 days after this to rest up and prepare for New York, so worry about being tired later.

Darren Sproles scores his first TD since his return from injury.