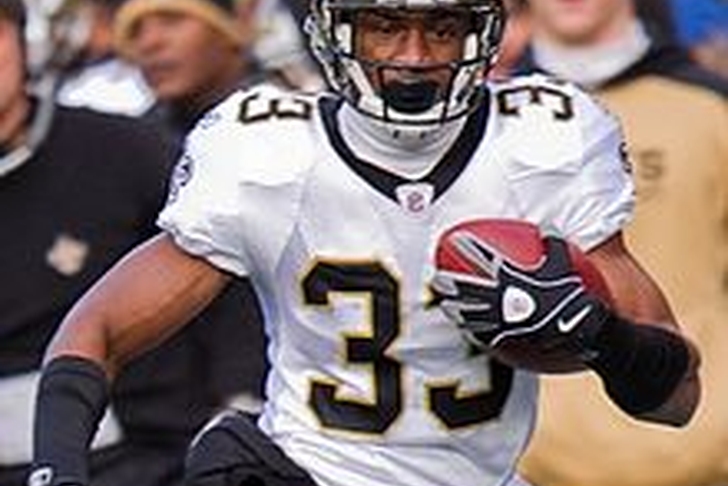 It wasn’t pretty, but the job got done.

One week ago, the Saints moved to 2-0 on the 2013 season with a 16-14 win over Tampa Bay.  They won in spite of the running game being terrible, Drew Brees making a couple of awful throws, and an absolutely stunningly bad decision by Sean Payton right before halftime.

The Tampa game (and this is the first time I can remember saying this in a long time) was actually won by the defense.   The Bucs are no juggernauts on offense, but it’s worth noting that the defense that last year gave up more yards than any team ever kept them largely in check.  The only offensive score by Tampa came following a Brees interception that left them with starting field position on the Saints’ 35.  Doug Martin got his yards, but the defense forced two turnovers, held Josh Freeman to another sub-50-percent passing day, and made the stop when the team needed it at the end to give the offense a chance to win it, which they did.

But all that’s done with.  Now it’s time to move ahead and focus on this week’s opponent, the Arizona Cardinals.  This won’t be nearly the cupcake opponent (or as much as an NFL team can be one) that people might think.  Upgrades at quarterback and running back have given the offense life, and the defense is still formidable.  The Saints are favored by about a touchdown in this game, as they should be, but it would be foolish to look past Arizona.  So let’s look at a few factors to keep in mind heading into Sunday.

started at QB for the Cardinals since Kurt Warner’s Bobby McCray-induced retirement, and if you’ve had to start any of them on your fantasy team, you have my sympathy.  Carson Palmer is no Kurt Warner, but he’s easily the best they’ve had since then.

Rashard Mendenhall also represents an improvement at a skill position.  The last few years have seen the Cardinals look mostly to the mediocrity of Tim Hightower and the disappointment of Beanie Wells for their run game.  Mendenhall, if he can stay healthy, will give them their best rushing threat since Edgerrin James.

Nor Is This the Inept Saints Defense You’re Used To. The Saints’ defense gave up 273 yards to the Bucs last week.  To put that in perspective, Tampa (whose offense was largely made up of the same personnel they have this year) averaged 450 yards in the teams’ two meetings last year.  Combine the improved efficiency in terms of yards allowed with their having forced multiple turnovers in both games thus far, as well as coming up with key late-game stops, and this is a defense that doesn’t need to be looked at as a liability anymore.

Also worth noting for the defense, the newly re-signed cornerback Chris Carr will replace Patrick Robinson, who went on IR this week.  Also, DE Glenn Foster will make his regular season debut for New Orleans.

Mark Ingram, However, Might Be Just As Inept As You Think. I tried to keep the faith in Ingram.  I knew he’d never be a top rusher in the NFL, but I was actually thinking he might have a mini-breakout this year, to the tune of 800-900 yards and high-single-digit touchdowns.  But after another two disappointing performances, I’m coming to grips with the reality that he may just not be an NFL running back.  When your forte is supposed to be your power running, you can’t get stuffed every single time you’re given the ball in short-yardage situations.  I know Payton and GM Mickey Loomis want to justify that first-round pick, but sooner or later this is going to cost them a game.

Coach Payton, I’m begging you: when faced with fourth-and-one, fourth-and-inches, fourth down at the goal line, whatever, please stop stacking everyone in the middle and giving Ingram the ball.  Above all else, PLEASE don’t ever take points off the board to do that again.

-          Saints score a touchdown on either defense or special teams

The Saints can’t afford to look past the Cardinals, but if they play their game, they shouldn’t be in serious danger of losing.  A big question mark for Arizona is Larry Fitzgerald, who left last week’s game and is being called questionable for Sunday.  If he’s out, they lose their biggest weapon and could be in a lot of trouble.  Let’s call it a 31-13 Saints victory.