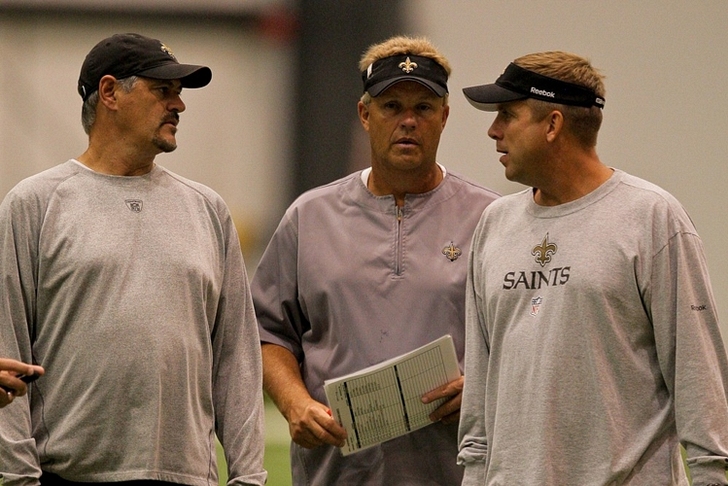 Don’t look now, but everyone’s favorite football-weekend-that-doesn’t-involve-any-actual-football-being-played is just a few days away: the NFL Draft!

For the New Orleans Saints, this is a big one.  While they may not need any of their draftees to be a star from day one, the departures of many veteran mainstays opens up a lot of space on the roster, and the team will be looking to find depth at several positions.  Here are a few positions that will be extremely important for the team to address, and a few players that the Saints may look at in the early rounds.

What was once the team’s deepest position suddenly looks a lot less deep.  It’s only May, but it probably isn’t unreasonable to suggest that Marques Colston and Kenny Stills are the only two receivers that are locks to make the team (in addition to technically-considered-a-tight-end Jimmy Graham). Joseph Morgan showed promise in 2012, albeit in limited action, but will be attempting to return from a knee injury that cost him all of last season.

Robert Meachem has had his moments, but is probably no better than a fourth receiver.  Nick Toon and Andy Tanner are still around, but both have spent more time on the practice squad than the main roster.

With the losses of Lance Moore and Darren Sproles, finding a new weapon for Drew Brees could be a priority, but the Saints don’t exactly have a stellar record of drafting skill position players in the first round. In fact, here are the three examples of this in the Sean Payton era:

- Reggie Bush, 2006 (mild disappointment, though better than many fans gave him credit for)

- Mark Ingram, 2011 (jury’s still out, though patience is wearing thin)

With this kind of track record, many fans would prefer to see them avoid going this route.  However, several experts and mock drafters believe the Saints intend to look hard at receiver Marquis Lee of USC, or  Odell Beckham Jr. from LSU, even if it means having to trade up.

The Saints’ defense improved by leaps and bounds in 2013, and is poised to just keep getting better.  The best way to continue that trend would be to draft a linebacker.

Cam Jordan and Junior Galette will be back as the bookends on the outside, and the secondary should be something to fear with the addition of Jairus Byrd and Champ Bailey (in Bailey’s case, perhaps more for the experience and leadership he can bring than anything he’ll do on the field). Beyond Curtis Lofton, though, there isn’t a great deal of depth in the second line of defense.

A name that’s been thrown around a lot at this position is Dee Ford, a DE/OLB from Auburn. A bit undersized for the line at only 6-2 and 255 pounds, he could find his strength as a rushing linebacker, which would fit perfectly into Rob Ryan’s 3-4 scheme. Racking up 10.5 sacks and 14.5 tackles for loss in 11 games last year doesn’t hurt his resume either.

Why not add more potent corners?  After Keenan Lewis, the depth chart gets a bit muddled. Jabari Greer is gone, which opens up a starting role. Currently fighting for that role will be Patrick Robinson (returning from a season-ending knee injury), Corey White (shows potential, though tends to be erratic), and Champ Bailey (old).  Bringing in another

young corner to add depth and perhaps compete for that starting role could be a smart move.

Two corners I’ve seen that the Saints could be hoping are still there at No. 27 are Kyle Fuller from Virginia Tech, and Jason Verrett from TCU.  Fuller looks like the stronger prospect, combining experience (42 career starts in his four years at Tech) with good instincts and awareness, plus he can be a contributor on special teams.

Verrett’s numbers at the combine were outstanding for a cornerback, including a 4.38 40-yard-dash, but he's very undersized (only 5-9 and 189 lbs), which suggests that he may not be up to the physical demands of being a full-time NFL starter.

There are certainly other needs to be filled, but these seem to be the most likely targets in the first round.  So where should they go?

I would avoid going for a wide receiver. As stated, their track record at the position this early is not very good, and many experts and analysts see this as a very WR-deep draft.  Payton and Co. have had better success getting receivers in the middle-to-late rounds (for a couple of examples, 5th-round Kenny Stills, 7th-round Marques Colston), so they'll want to wait and look for one later on.

Between the defensive players, it’s a tough call. I like what Fuller could bring to the table, but the secondary already looks like it could be a strength. With the 27th pick in the 2014 NFL Draft, I’m hoping to see the New Orleans Saints select Dee Ford, and add another dynamic pass rusher to the crew.  Quarterbacks of the NFC South, beware.