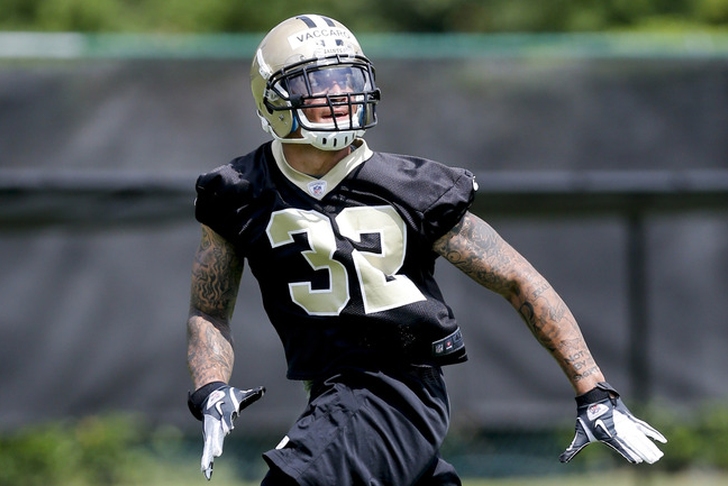 Unfortunately, when someone thinks about the 2012 New Orleans Saints, one of the first things that will come to mind will be the defense. More specifically, the defense that was, statistically speaking, arguably the worst of all time.

Clearly, the defense was the biggest issue that needed to be addressed this offseason, and attention has certainly been paid. Rob Ryan was brought in to install a 3-4 system, and players were added, dropped and moved around. If the first few preseason games are to be believed, progress has been made.

Here are three players (one lineman, one linebacker, and one defensive back) to keep an eye on this year. You may not be overly familiar with all of these players now, but they look poised to make an impact.

Ramon Humber (LB) – Going to a 3-4 system means a need for linebackers. With Will Smith gone for the year and Jonathan Vilma getting older, new blood is needed, and Ramon Humber has made the strongest case to seize some of that available playing time.

Humber, who’s been with the Saints for three years but has rarely seen action outside of special teams, has been one of the team’s defensive standouts throughout the preseason, piling up 18 tackles (3 for loss) and a sack through the first three games. He also made one of the key plays in Sunday’s win over Houston, stopping Deji Karim on a 4th-and-goal inside the one-yard line.

Humber won’t be a strictly-special teams player in 2013 - He’ll see significant time on the field, and could very well enter the regular season as a starter, especially if Vilma and/or Martez Wilson aren’t ready to go for the opener.

Glenn Foster (DE) – An undrafted rookie out of Illinois (as Pierre Thomas once was), Foster has made a case for himself this preseason, showing a nose for getting pressure on quarterbacks, and tallying four sacks in the process through the first three preseason games.

For a team like the Saints that struggled so much on defense last year and will be depending on several young players in the secondary, pressure is a must. Foster is not a lock to make the roster (though a strong performance in tonight’s preseason finale could possibly do the trick), but if he does, he could play a valuable supporting role on the line.

Kenny Vaccaro (S) – Already fairly well known after being taken with the 13th overall pick in the first round out of Texas, Vaccaro will be a household name in New Orleans before long. Vaccaro began raising eyebrows with his fearlessness in camp, putting hard hits on guys like Jimmy Graham and Pierre Thomas and having a nose for the ball.

Vaccaro has made his mark in the preseason as well, making six tackles in each of the three games thus far (only Humber’s nine-tackle outing against Oakland topped that figure). Vaccaro will likely be splitting time at safety, where Roman Harper and Malcolm Jenkins are still around, but he’ll be getting his opportunities, and will make his presence known.

So there you have it -three guys who look poised to contribute to the improvement of the defense. With the offense that the Saints have, it isn’t like they need the ’85 Bears or the 2000 Ravens back there. Just an average defense - ranked somewhere between 15th and 20th - would be good enough to put this team in position to win a lot of games. Will the Saints make that kind of a leap this year? It’s too early to say, but if the preseason is any indication, the pieces are definitely in place for significant improvement.