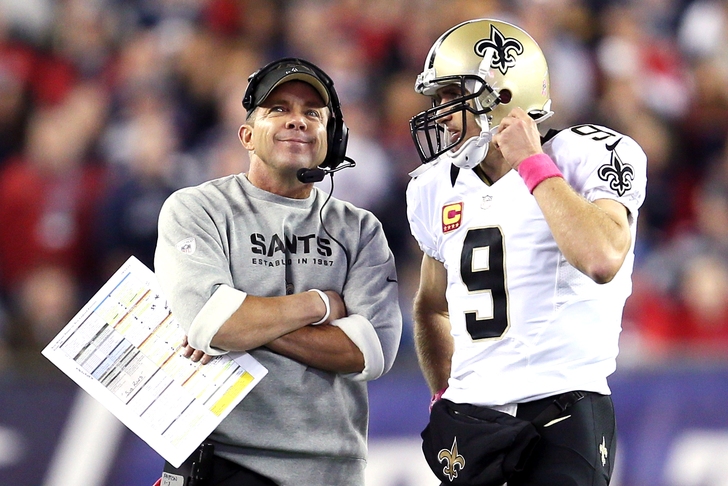 Disappointing pretty much sums up the New Orleans Saints' season. The NFC South was a disaster of a conference and the Saints blew their chance to win it. On the bright side, they have a higher draft pick. Of course, they have some major needs on defense and are in cap hell (see must-reads). The Saints are built to win now, but need to start actually winning.

1. Cornerback: The Saints could need two new starters here. They lost faith in Patrick Robinson (free agent) and refused to Stanley Jean-Baptiste while everyone else got burnt badly. Help is desperately needed.

2. Center: Jonathan Goodwin didn't grade well on Pro Football Focus. He played better at the end of the year, but he’s a free agent.

3. Middle linebacker: Curtin Lofton was atrocious, per Pro Football Focus. David Hawthorne wasn’t that great either. Backup Ramon Humber, a free agent, struggled too. Cutting Lofton would save $4 million and cutting Hawthorne would save nearly $3 million. At the very least, some competition is needed.

4. Outside linebacker: Junior Galette is a heck of a pass rusher and Parys Haralson is solid. However, Haralson is a free agent and Galette was charged with domestic violence in the offseason. At the very least depth is needed.

5. Running back: Mark Ingram is a free agent and the Saints might not be able to afford to resign him. They can either turn to Khiry Robinson or find someone else.

6. Offensive guard: Ben Grubbs wasn’t that great and Jahri Evans was even worse. The Saints could cut Evans and save $6 million, but then they would need an immediate replacement. At the very least, depth is needed.

7. Wide Receiver: Marques Colston is declining and could be a cap causality. If he’s cut, the Saints could spend a mid-to-late round pick on him.

8. Quarterback: Drew Brees is still really, really good, but he’s getting old. The Saints need to start looking for a QB to groom as a replacement.

9. Saftey: Kenny Vaccaro was good last year, but got benched this season. Maybe he wasn’t 100 percent, but the Saints don’t have many other options than him. Perhaps getting Jarius Byrd back to pair with him will help next year.

How the Saints entered cap hell