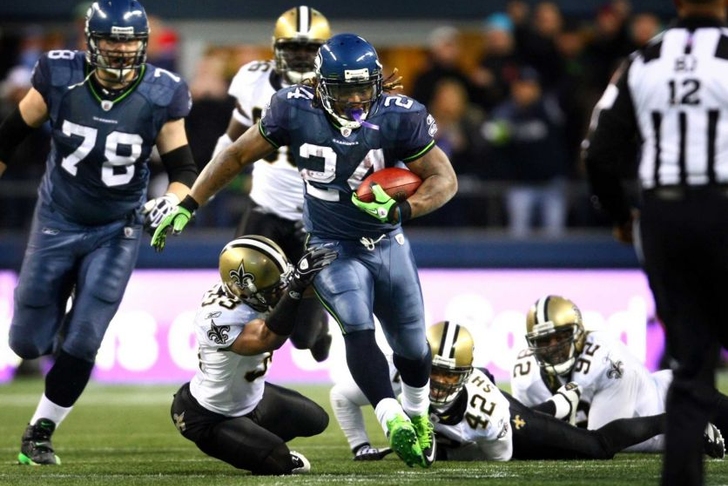 The New Orleans Saints (11-5, 3-5 away) take on the Seattle Seahawks (13-3, 7-1 home) in Saturday's NFC Divisional Playoff game, and the scene is set for a riveting matchup. Drew Brees and the Saints survived a scare in Philadelphia, beating the Eagles 26-24 to advance. The Seahawks earned a first-round bye after finishing first in the NFC with a 13-3 record, and they'll have to make sure to be as sharp as possible against a scrappy Saints team with no shortage of offensive weapons.

At the end of the day, this game will be decided by one man: Drew Brees. If New Orleans' passing game is on point and the Saints can make big plays through the air, they have a chance. If the Seahawks and their stellar secondary (which held opponents to 172 passing yards per game, fewest allowed in the NFL) can shut Brees down, this game will look a lot like the last matchup between these two teams...a humiliating 34-7 beatdown which was by far the worst loss of the year for New Orleans.

While Brees has already cemented himself as one of the NFL's best passers, Russell Wilson's stock is on the rise. Wilson was exceptional against New Orleans earlier this year, completing 22 of 30 passes for 310 yards and three touchdowns. While the Seahawks have the best secondary out there, New Orleans isn't far behind - the Saints allow just over 194 yards per game through the air, second in the NFL behind Seattle.

With two excellent secondaries on display, expect both teams to try to establish the run early to keep their opponents honest. Seattle's Marshawn Lynch will get the majority of the carries for the Seahawks, and the Saints will have to do better against him than they did the last time these two teams met up in the playoffs:

New Orleans has a more fluid situation at running back, and starting RB Pierre Thomas is currently questionable with a chest injury that kept him out of the Wild Card game against Philadelphia. If Thomas can't go, the Saints will turn to Mark Ingram, who had 18 carries for 97 yards and a touchdown against the Eagles.

While the Saints might not be able to keep up with Seattle's rushing game (Seattle averaged 136.8 yards per game on the ground this year, compared to just 92.1 for New Orleans), they have one weapon the Seahawks have no answer to - TE Jimmy Graham. Graham caught just three passes for 44 yards in Philly, but he's easily the best tight end in the game - Graham racked up 1215 yards and 16 TDs during the regular season, finishing 2nd in the entire NFL in offensive touchdowns behind KC's Jamaal Charles. Expect Seattle's star cornerback Richard Sherman to cover Graham in some packages, while also spending some time on New Orleans' #1 WR Marques Colston.

- Drew Brees does better than he did in the last meeting between these two teams, passing for over 250 yards

- The Seahawks establish the run early, and Marshawn Lynch ends up with multiple rushing touchdowns as well as over 100 yards on the ground

- New Orleans' deficiencies on the ground make the difference, and Seattle is able to drop players into coverage without worrying too much about Pierre Thomas and Mark Ingram

- The game stays close until the fourth quarter, when Seattle pulls away thanks to a key interception