Looking Into the Crystal Ball: Game-By-Game Forecasts for the New Orleans Saints 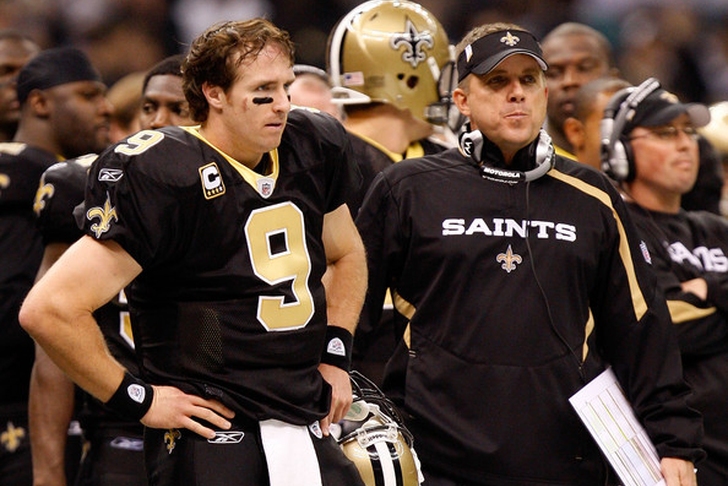 The long wait is almost over: the NFL season is just 24 hours away!

2012 was certainly a year to forget for New Orleans Saints fans. From the bounty scandal and subsequent suspensions that clouded the offseason, to the 0-4 start, to winning enough games to just barely keep postseason hopes alive, to finally choking away a couple of winnable games to end that dream, it’s nice to be able to put that behind us.

What’s even better is that 2013 is looking pretty good thus far. With Sean Payton back on the sidelines and a new and improved (really, how could it not be) defense in place, the pieces are starting to come together. This is a team that could be poised to make a run. At the risk of taking the suspense out of the season, I’m here to break down how the Saints’ year will go week-by-week. Let’s start with the one that Saints fans have been anticipating for months…

September 8, vs. Atlanta: As stated above, Saints fans have had this date marked on their calendar since the day the schedule was released. Many are still bitter about last season and the circumstances that surrounded

it, and are ready to get back to business. With Sean Payton back in the house, the Superdome will be rocking, and the fans will want to see a beatdown. That it’ll be the Falcons coming in will only make it that much sweeter. They’re not losing this game. Result: W (1-0)

September 15, at Tampa Bay: The Saints won both games against Tampa last year; the matchup in Tampa was a 35-28 nail biter, while the game in New Orleans was a 41-0 blowout. I see this being closer to the first than the second, but with an improved defense against Josh Freeman, who looks less and less like the franchise QB Tampa wants him to be every year, this will be another good day of the Saints. Result: W (2-0)

September 22, vs. Arizona: Arizona may be better than last year, but it’s still unlikely that they’ll be making a lot of noise. Carson Palmer may be an upgrade over the atrocious QB carousel that the Cardinals ran out there last year, but how much of a difference will it make? There’s still little-to-no running game, and no true receiving threats beyond Larry Fitzgerald. The defense is all right, but the offense will struggle to put points up, and against the Saints, you need to be able to score. Result: W (3-0)

September 30, vs. Miami: I’m looking forward to this game. I think Miami will be a sneakily good team this year, that Ryan Tannehill will improve on a solid rookie campaign, and that the addition of Mike Wallace will open up the field big-time for him. That said, the things that the Dolphins will be able to do, the Saints will be able to do better. And in front of a Monday night home crowd, where the Saints have tended to be at their best, they’ll get the job done. Result: W (4-0)

October 6, at Chicago: …But after a great start, here’s where the ride comes to an end. Even since the Saints became a top team in the NFL back in 2006, they’ve always had problems playing in outdoor games up north. The Bears have a solid offense with good skill pieces, and even with a better Saints D, they’ll put up points. The elements may well make the difference in this one. Result: L (4-1)

October 13, at New England: Just in case Chicago wasn’t northern or cold enough, they’ll follow it up with a trip to Foxboro. Even with most of his receiving options gone, Brady is still Brady, and he’s going to get his. This will likely be a shootout, but once again, the weather could make the difference. Result: L (4-2)

October 27, vs. Buffalo: After a couple of tough losses, this is the perfect way to come back after a bye week: at home against a very beatable opponent. EJ Manuel will likely still be starting for the Bills by this point, and while I think he’s going to be pretty good, he’ll also likely go through some growing pains over the course of his rookie year. The improved Saints defense will make things tough for him, and they’ll get back on the winning track. If it’s Jeff Tuel under center by this point? Forget it. Result: W (5-2)

November 3, at New York Jets: Remember all the things I said about the weather and how the Saints have problems playing in the cold? Well, those still apply. But you know what will make things a lot easier on them? Playing the Jets. Result: W (6-2)

November 10, vs. Dallas: I like the matchup here. Ever since 2006 the Saints have always seemed to have the Cowboys’ number, with the one exception being 2009, when Dallas ended the Saints’ perfect 13-0 start. Tony Romo should be in good second-half-Tony-Romo form by this point, and New Orleans will have gotten some momentum back after the road trip woes of Chicago and New England. Getting them at home will certainly help as well.

November 17, vs. San Francisco: I don’t like this matchup as much. Last year the Saints hosted the eventual NFC Champs and blew a very winnable game. The Saints will be better this year, but the 49ers may well be also. Losing Michael Crabtree is more than made up for with the addition of Anquan Boldin, and the Niners return pretty much every key player off of last year’s team. San Francisco may be the most talented and balanced team in the entire NFL this year, and they’ll put what may well be the lone blemish on the Saints’ home schedule this season. Result: L (7-3)

November 21, at Atlanta: Another Thursday night at Atlanta. Don’t think for a second that Drew Brees has forgotten about what happened when they went there last year. Brees threw five interceptions, had his consecutive-games-with-a-TD-pass streak broken, and just looked altogether off. He’ll be looking to avenge that performance come November, and the Saints will re-assert their recent dominance over the Falcons. Result: W (8-3)

December 2, at Seattle: The last time the Saints traveled to Seattle, they got beaten in the first round of the playoffs by a 7-9 team, and Marshawn Lynch made one of the more memorable plays (for the wrong reasons) in Saints history when he broke an estimated 42 tackles on the way to a 67-yard touchdown. To be fair, the Saints that year were wrecked by injuries by the time the playoffs came around, but it was still embarrassing. But these aren’t those Seahawks. Russell Wilson has lifted that team to another level, Seattle is still one of the toughest places to play, and it’ll be up north at night in December. All of those spell trouble for New Orleans. Result: L (8-4)

December 8, vs. Carolina: Cam Newton is under enormous pressure to win in year number three, and this will not be an easy game for New Orleans. To the Panthers’ credit, they have been a thorn in the Saints’ side for years now, always giving them trouble no matter how good or bad a year they may be having. This will likely be closer than people expect, but at home, the edge goes to New Orleans. Result: W (9-4)

December 15, vs. St. Louis: This may be the most should-win game on the schedule this year. St. Louis is simply not good. Sam Bradford is not terrible, but not especially good either. Steven Jackson is gone, and Tavon Austin has a lot of potential, but he’ll have defenses keying on him every game. If the Saints lose this one, something is very, very wrong. Result: W (10-4)

December 22, at Carolina: As stated earlier, the Panthers are always a tough matchup for the Saints regardless of where either team is in the standings. Getting them twice in three weeks won’t make it any easier. The Saints will be the favorites here, but my gut is telling me they split the two games with the Panthers, and the road matchup is the more likely loss. Result: L (10-5)

December 29, vs. Tampa Bay: The last game of the season is always a wild card: if by some chance the Saints have clinched the division and locked into their playoff spot, they could sit their starters, turning this game into a glorified pre-season crapshoot. If that isn’t the case though, it will likely mean they have something to play for, whether that relates to the division race or a playoff spot. If that’s the case, look for them to bounce back from the disappointment at Carolina and close the season on a high note. Result: W (11-5)

So there it is: the Saints will finish at 11-5, which should put them in line for a playoff spot, and give them a strong shot at winning the division, especially if they can beat Atlanta twice. An improved defense, along with Drew and Co. doing what they do, will help to make last season a distant memory.

September 8th is getting closer. Can’t wait. Bring on the Falcons.