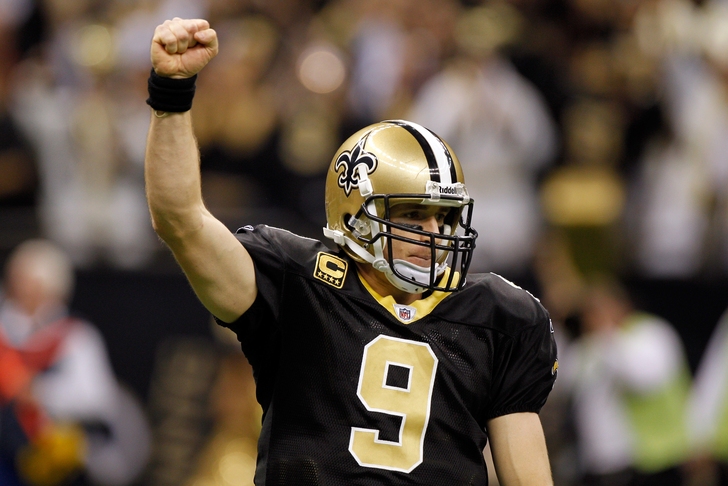 The New Orleans Saints looked very much like a team already eliminated from playoff contention in the first half, and the Tampa Bay Buccaneers took advantage of that en route to a 20-7 halftime lead.

However, New Orleans would get back on track in the second half, scoring 16 unanswered to shock the Bucs 23-20 in Tampa.

Drew Brees turned a bad day into a good one instantaneously late in the fourth, hitting WR Marques Colston for a 36-yard score to put the Saints on top for good.

Brees may have thrown three picks, but he didn't stop firing. He finished with 268 yards passing and the game-clincher to Colston, silencing doubters of his continued place amongst the NFL's elite at the quarterback position.

Kenny Stills is likely one offseason away from reaching the upper echelon of NFL wide receivers. He impressed once again on Sunday despite a bad day for QB Drew Brees (0 TDs, 3 INTs), catching five balls for a team-leading 82 yards.

Hello Doug Martin. Everyone's favorite fantasy pick before the season showed up in a big way on Sunday, amassing 108 yards on 19 carries.

New Orleans finishes the season at 7-9, and will likely hear head coach Sean Payton's name in connection with several coaching jobs despite his protests to the contrary.

Tampa finishes at 2-14, punctuating a lost season with a heartbreaking home loss.