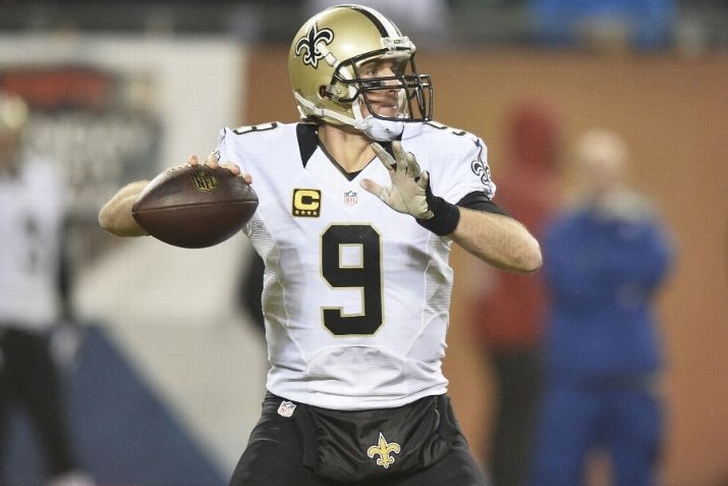 The New Orleans Saints came out and dominated the Chicago Bears on Monday Night Football, as they held a 24-0 lead after the third quarter. Chicago's offense finally got something going in the fourth, but they were still no where near effective enough to really challenge the Saints.

Both teams played sloppy football for most of the first half, but Saints quarterback Drew Brees threw his second touchdown pass of the with less than a minute to play to give New Orleans a 14-0 lead. They then scored a TD on their first drive of the second half, effectively ending this game.

Chicago turned the ball over four times, converted two third downs, and committed nine penalties. Yeah, it was ugly for the Bears.

Brees looked spectacular in this one, completing 29/36 passes for 375 yards and three touchdowns while moving the Saints up-and-down the field all night.

Running back Matt Forte continues to be the Bears only consistently productive offensive player. He rushed for 78 yards on 16 carries tonight, and also caught two passes for 21 yards.

New Orleans now sits in first place in the NFC South, and will look to improve their playoff positioning on Sunday when they host the Atlanta Falcons. Chicago will host the Detroit Lions next weekend.