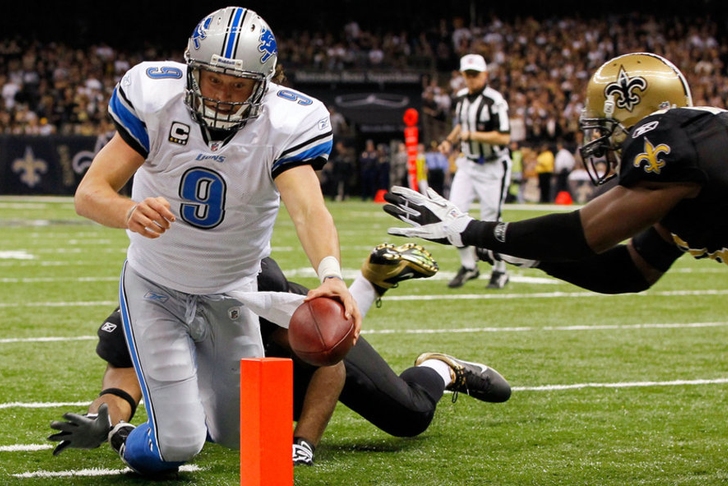 The Saints came off their bye week looking to make it back-to-back wins after defeating Tampa Bay two weeks ago.

Things were looking good for most of the day, but the Lions scored on a 73 yard touchdown by Golden Tate, and then took the lead after an interception set them up for a late touchdown, and ultimately a game-winning score.

Leading by six, Drew Brees and the Saints had the ball with a chance to run the clock down. Instead, Brees threw over the middle and was picked off, setting up the Lions with a game-winning drive inside the Saints 20 yard line.

The Lions gained 104 yards and 14 points on their final two drives, spanning 3:08 minutes. Prior to those drives, the Lions had 10 points and 240 yards the entire game.

Drew Brees - 28/45 for 342 yards and two touchdowns. It was business as usual for Brees, who posted big numbers even with Jimmy Graham limited. He did throw a costly interception late in the game though.

Golden Tate - With Calvin Johnson out, Tate assumed the role of top receiver for Matthews Stafford. He delivered with his best game to date, hauling in 10 receptions for 154 yards and a score.

The Saints host the Packers on Sunday Night Football, while the Lions travel to Atlanta to take on the Falcons.