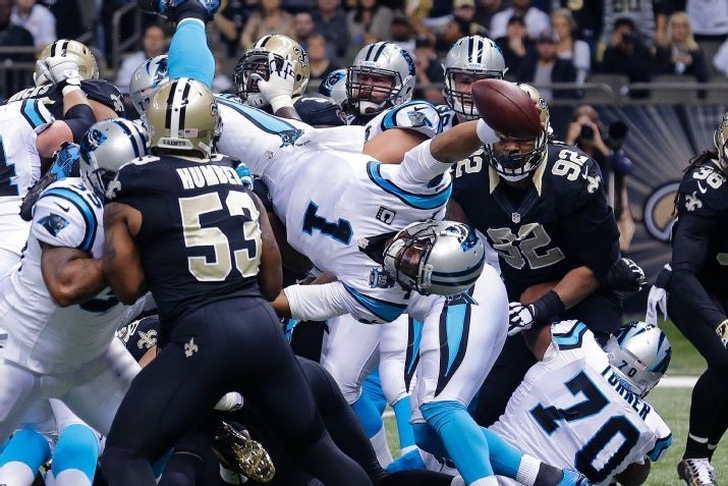 Carolina came out and took advantage of two Saints turnovers in the first quarter, grabbing control of the game and took a commanding 24-3 lead into halftime. The Panthers continued their dominance in the second half, cruising to the easy win and making the NFC South race that much tighter.

Bene Benwikere intercepted Drew Brees on New Orleans' second drive of the game, which was the second turnover the Panthers had forced already. Carolina was able to turn that into a touchdown, taking a 17-0 lead halfway through the first quarter, breaking the game wide open.

Just how much did Carolina dominate? They gained 497 total yards, compared to just 310 for the Saints.

Almost everyone on the Saints played pretty terribly this afternoon, but linebacker Curtis Lofton was an exception. He finished with 17 tackles in a disappointing team effort.

Cam Newton played undoubtedly his best game of the season, passing for 226 yards and three touchdowns without throwing an interception while rushing for 83 yards and another score. Running back Jonathan Stewart was also dominant, gaining 155 yards and touchdown on the ground.

New Orleans will look to get back on track next Monday night in Chicago, while Carolina returns home to face Tampa Bay on Sunday.