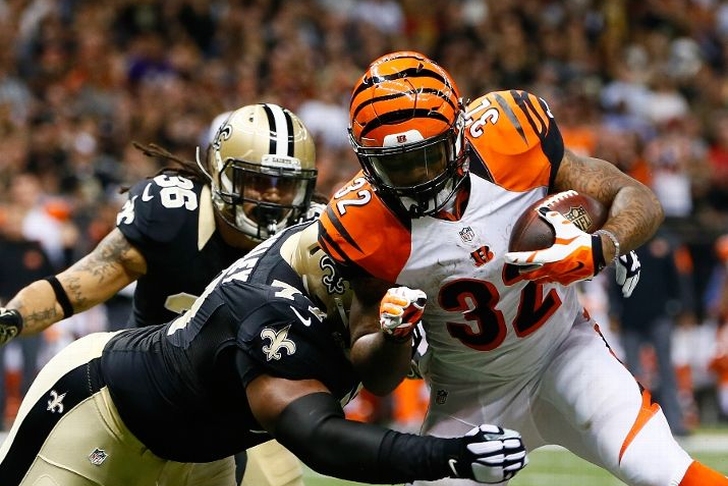 Cincinnati was able to slow New Orleans' offense in the first half and led 13-3 at the break, and used that momentum to build a bigger lead in the second and cruise to the easy win.

The Saints were looking to get back into the game with a long touchdown drive to start the fourth quarter, but Cincinnati responded with a quick TD to push their lead back to 17 points. The game was never in doubt after that.

New Orleans was held to only 330 total yards, which is a far cry from their usually explosive offensive numbers. They were unable to keep up with the Bengals in the Superdome because they were unable to move the ball consistently.

Running back Jeremy Hill had a huge day for the Bengals, gaining 152 yards on 20 carries. The Bengals defense also gets a mention for their dominance of the Saints offense

Quarterback Drew Brees was New Orleans' most productive offensive player today, throwing for 255 yards and a touchdown. However, he wasn't very effect once the Saints crossed midfield, which is ultimately why they lost the game.

The Bengals travel to Houston to face the Texans next Sunday, while the Saints will host the Ravens next Monday night.