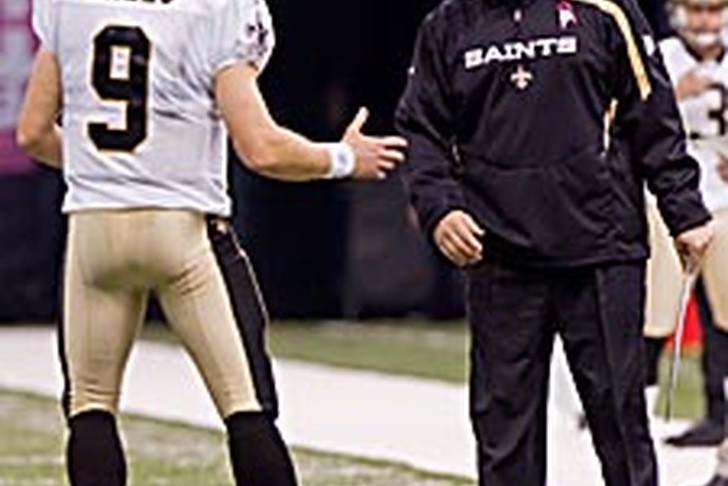 The 2013 season officially kicked off Thursday night for two teams, and this weekend the rest of the NFL will get their first taste of the new year.

It’s been a long year and a half for Saints fans, but it’s almost time to dive into the new season and put all of the headaches of last year behind us, and as long as we’re doing that, who better to be our first contest of 2013 than the Atlanta Falcons?

But while many of the key players remain the same on this Falcons squad (including Matt Ryan, given a $103M contract despite having exactly the same number of playoff wins to his credit as Tim Tebow), many of the faces have changed.  So with that in mind, here are a few key aspects to be aware of going into Sunday’s contest.

This isn’t Michael Turner. A departed free agent, Turner is replaced by Steven Jackson, who can present a whole different problem.  Whereas Turner was a bruiser of a back who rarely got involved in the passing game, Jackson (no small man himself) offers a lot more finesse than Turner, and can be as dangerous a receiver as he is a runner.  His primary drawback is that seemingly every year he ends up missing time with injuries.  That won’t be a problem in game one though, so the Saints will need to be ready to deal with a running back that will open the field up a lot more than they are used to when playing Atlanta.

The defense has been weakened. The Falcons lost several key players and contributors on defense in the offseason, including Brent Grimes, Dunta Robinson, and John Abraham.  They did add Osi Umenyiora from New York, but he was clearly on the decline even in his last couple of years with the Giants.  These losses on defense will play right into the Saints’ hands, as even with the emphasis on defense this offseason, will depend primarily on their offense to win games.

Ryan must be pressured. As mentioned, the Saints overhauled much of their defense in the offseason, bringing in Rob Ryan to install a 3-4 system.  The results through the

preseason have been mostly encouraging.  After struggling in the first game against Kansas City, the first-teamers shut down Oakland and managed to contain Houston.  The need will be on them even more to get pressure on Matt Ryan.  The Falcons’ receiving corps is simply too good to allow Ryan to have too much time to wait for them to get open.  It sounds like Martez Wilson could be back for this game, which would help, but regardless, they have to hurry Ryan.

- Mark Ingram rushes for at least 50 yards and a touchdown

- The Saints’ defense comes up with at least two turnovers

- One of the Saints’ first-year receievers (Nick Toon, Andy Tanner, or Kenny Stills) catches a touchdown

Score Prediction: This  game has been a long time coming.  The Dome is going to be positively electric, and the players will be fired up.  The Falcons are actually 5-0 historically against the Saints in season openers played at the Superdome, but just like their 8-0 start last year, all streaks must come to an end.  31-20 Saints