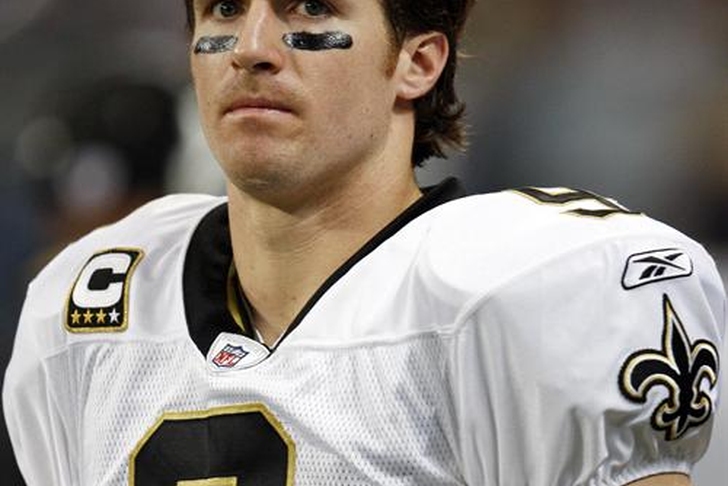 We’re now entering the home stretch of the NFL season.  Every team’s bye week has passed, everyone’s played ten games, and with six to go, the pack of playoff contenders is about to start thinning very quickly.

I’ve said for weeks that 10 wins would be the likely threshold that would need to be reached for realistic wild-card hopes in the NFC, and it may even take 11.  At 5-5 then, the Saints need to win five of their last six to have a chance.

With all that in mind, let’s look at the other NFC teams that could be in the running for the two wild card spots (for the purposes of this exercise, we’ll limit it to teams currently .500 or better and not in sole possession of first place in their division), and how their prospects look for the rest of the season:

Chicago Bears or Green Bay Packers (both currently 7-3) – The two co-leaders of the NFC North have a six-game sprint to try and claim the division title (and possibly a first-round bye).  Despite their equal records, the Packers have been more impressive on the season, and would be 8-2 right now if not for the Monday night debacle in Seattle that ultimately ended the replacement referee experiment.  Their remaining schedules are as follows:

This whole race could come down to who wins when they play each other in four weeks.  I could see GB slipping on the road this week against the Giants, while Chicago probably drops one of the two Minnesota games.  The division will ultimately be decided by the showdown in Chicago on December 16.  I think the Packers take it, but the Bears will likely be in line for a wild-card berth just the same.  Projected Finishes: Green Bay 12-4, Chicago 11-5

[caption id="attachment_503" align="alignright" width="300" caption="Russell Wilson has played well enough to keep a $26M QB on the bench. Can he bring Seattle to the playoffs?"]

Seattle Seahawks (6-4) – Perhaps the surprise team of the NFC this year, Seattle has managed to pull off a couple of unlikely upsets, and hasn’t lost a game by more than seven points all year.  They have a relatively favorable schedule the rest of the way, with winnable road games against Miami and Buffalo, Arizona and St. Louis at home (both probable wins, especially if their playoff chances are on the line week 17 against the Rams), and two tough matchups, at Chicago and at home vs. San Francisco.  Even if they drop both of those they could still be in position to sneak in if they win the other four.  Projected Finish: 10-6

Minnesota Vikings (6-4) – What this Vikings team has done in the face of abysmally low expectations is pretty impressive in and of itself, but their playoff hopes will likely be going up in smoke pretty quickly as we enter the last six weeks of the season.  The Vikings face an absolutely brutal schedule, having to play Chicago and Green Bay each twice, plus road trips to Houston and St. Louis.  Two wins appears to be the best that could come out of that (with St. Louis and a split with Chicago being the most likely wins).  It’s been a good run, but it’s coming to an end soon.  Projected Finish: 8-8

[caption id="attachment_505" align="alignleft" width="300" caption="If Tampa misses the playoffs, this play could very well end up having been the difference maker."]

Tampa Bay Buccaneers (6-4) – After a 1-3 start to the year, the Bucs have exploded in much the same fashion as the Saints, scoring 34+ in four of their last six games (and 27+ in the other two), winning five of those six to take second place in the NFC South.  Their schedule coming up will be challenging but not overwhelming: two games against Atlanta, Philadelphia and St. Louis at home, and Denver and New Orleans on the road.  I see a 3-3 finish here, with the wins most likely coming against the Eagles and Rams, and them taking one from the Falcons.  Projected Finish: 9-7

Dallas Cowboys (5-5) – How the Cowboys are still a .500 team is a mystery to me, as the spectrum of how they’ve looked has basically ranged from “not very impressive” to “really bad.”  Still, they’re in the hunt not only for a wild card, but the NFC East crown.  Their remaining schedule includes two games against Washington (which I think they split), a probable loss at Cincinnati, a likely home win against Philadelphia, one against Pittsburgh that could go either way depending on the Steelers’ QB situation, and I think they lose to the Saints.  Projected Finish: 8-8

Finally, this IS a Saints blog, so let’s get to the…

New Orleans Saints (5-5) – The bad news for the Saints is that they dropped several games early in the year that they really should have won, and that would have them

currently in control of their own destiny (most notably the season opener against Washington, an overtime home loss against Kansas City, and they were also a holding call on a late field goal away from possibly knocking off the Packers in Green Bay).

The good news, however, is that over the last six weeks they’ve been perhaps the hottest team in the league.  Drew Brees and his receivers have been on fire, the running game has finally broken out, and even the defense is steadily getting better.  The only thing standing in their way is the toughest stretch of their schedule yet (San Francisco, @Atlanta, @NY Giants, Tampa Bay, @Dallas, with a home date with Carolina closing out the regular season).  I think they can do it, though.

Carolina and Dallas should be likely wins.  San Francisco doesn’t even know who their quarterback will be for this Sunday yet.  The Saints have had Atlanta’s number for years now.  New York’s looked pretty bad lately, and they haven’t beaten the Saints since the Katrina season of 2005.  Tampa Bay could present a challenge (especially considering that, much like the Green Bay/Chicago game, this could potentially be for a playoff berth), but they get the Bucs at home, so having already beaten them on the road, that is a winnable game as well.

Maybe I’m a homer (this IS a Saints blog), but I think 10-6 is very much in play.  As long as they can avoid a letdown against the Panthers or Cowboys, they should be able to get through the remainder with no more than one loss.  Projected Finish: 10-6

So now that we’ve gotten through all the current contenders, let’s see how the standings will break down:

So it would come down to a tiebreaker between the Saints and the Seahawks for the final playoff spot.  And as they haven’t played each other this year, the tie would be broken by who has the better conference record.  Based on my projections, the Saints would be sitting at 8-4 in conference, with Seattle at 7-5, meaning that if all of these 1200 words worth of predictions and projections fall into place, a 5-1 finish will likely put the Saints in the playoffs, and a 6-0 finish will remove any doubt.  Any less than five wins though, and it’s all but certain they’ll be spending January at home.

So there it is, Saints: It can be done, now go out and do it.