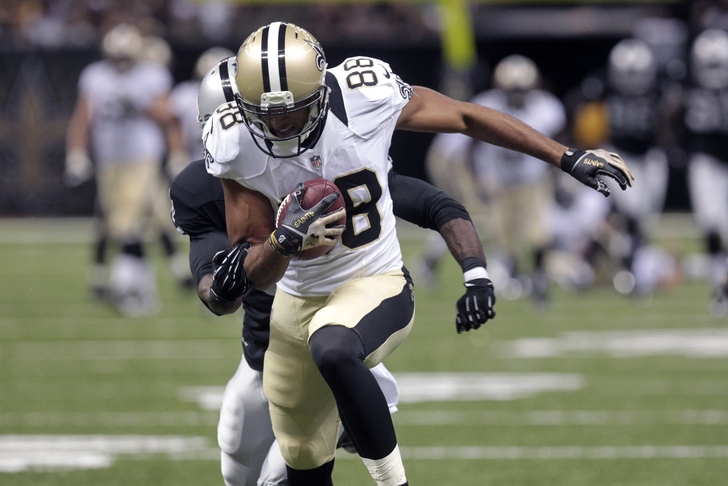 Saints news is heavily focused on the start of the team's organized team activities (OTAs), with several key position battles for the upcoming 2014 NFL season already being waged.

Per ESPN.com's Mike Triplett, while there may be several other battles on offense which could end being more important to the team in the long run, the battle for the fourth and fifth wide receiver roles for the Saints has a plethora of candidates with a legitimate chance to make the roster.

With Marques Colston, Brandin Cooks, and Kenny Stills pretty much locked into the top three on the depth chart, Triplett indicates that "Robert Meachem, Nick Toon, Joe Morgan, Andy Tanner, [and] Brandon Coleman" are all in striking distance of landing one of the final two wide receiver spots on the final 53-man roster.

Triplett gives Toon the edge for the fourth spot, with many analysts believing that Meachem's name value could make him a prohibitive favorite to round out the team's wideout corps.

However, it is still too early to call - especially since full-contact drills are still a ways off yet.

Follow our New Orleans Saints page today for all the latest Saints news!