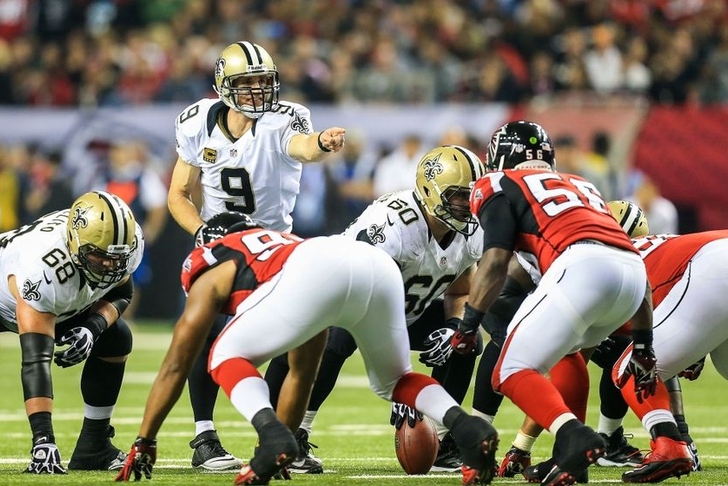 The Saints went into halftime leading 20-10, but the Falcons didn't let them keep that lead for long.

The Falcons came out of halftime on a mission, and Matt Ryan carved the Saints secondary open twice in the third quarter to erase the 10-point deficit and put Atlanta in the lead going into the fourth. The two back-to-back scores were made possible by a Drew Brees interception, and the Falcons did well to capitalize on the opportunity.

Antone Smith and Levine Toilolo scored the third-quarter touchdowns for Atlanta, and it was clear that Ryan was finding more offensive weapons to work with than he had available last season.

The New Orleans defense looked out of sync for much of the second half, and while Drew Brees tried his best to keep his team in the game, the lack of defensive stops made his task difficult. Two Mark Ingram touchdown runs in the fourth quarter put the Saints back on top with just over a minute left in regulation, but that was enough time for Matt Ryan.

Starting at his own 20, Ryan drove to the New Orleans 33, where kicker Matt Bryant drilled a field goal with time expiring to send the game to overtime.

Saints WR Marques Colston - who had been excellent in regulation - hauled in a catch over the middle in the first series of the overtime period, but William Moore forced a fumble and the Falcons recovered at the Saints' 38. Atlanta wasn't able to make much progress from there, but they were already in range for Bryant, who capped off a solid day at the office with a game-winning 51-yard FG.

This one will sting for New Orleans, who have to feel like they let it slip away, but Atlanta (and their fans) will be thrilled with the result.