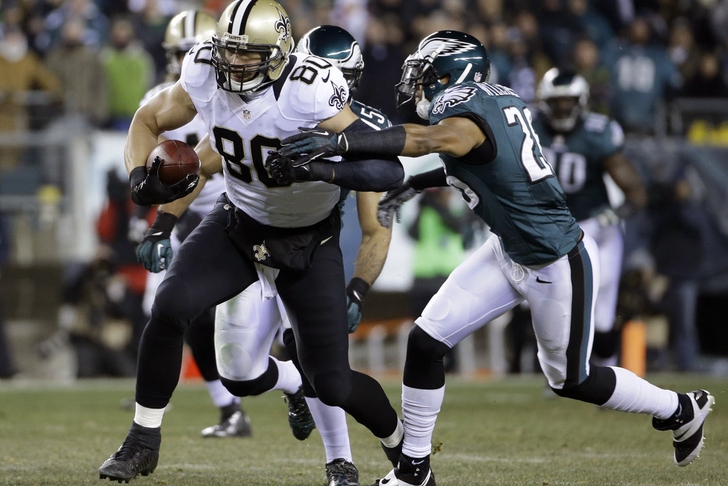 In today's Saints news update, New Orleans Saints quarterback Drew Brees would love to have star tight end Jimmy Graham in the huddle - but won't worry if Graham's recent contract dispute takes him off the field for an extended period of time.

According to Jarrett Bell of USA Today Sports, "with the status of the star tight end twisting in the winds of a franchise tag dispute, Brees is forced to deal with the reality of Graham's absence. Without a contract, Graham isn't required to attend the mandatory three-day camp."

Brees believes that Graham's absence will be temporary.

"I'd hate to not have Jimmy," Brees told USA Today, via Bell's article. "I'm very confident that a deal will get done. But if it doesn't, you worry about what you do have and who you do have out there."

Brees is also a firm believer that coach Sean Payton's system will find a way to make up for the loss of Graham if it comes to that.

"Hey, we do what we do," Brees continued. "It's nice when you can have guys like Jimmy, and obviously he's a big part of our offense. If he's in there, we're going to try to get him the ball. We're game-planning ways to get him the ball, ways to put him in the best position to succeed. But if he's not, somebody else is going to get those touches."

"We'll put those guys in position."