4 Things The Saints Must Do To Save Their Season 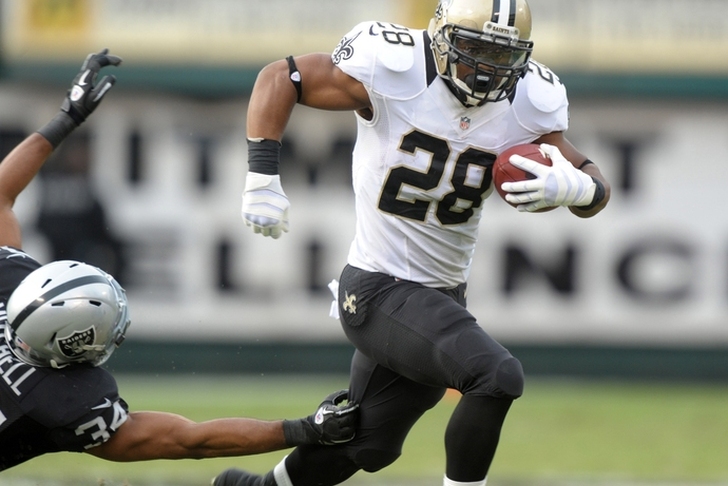 The New Orleans Saints have suffered through a dismal 0-2 start to the 2015 NFL season, but don't lose hope. There's still 14 games left for the Saints to turn things around, and there's clear steps to be taken which could make that happen. Here's 4 Things The Saints Must Do To Save Their Season.

Saints QB Drew Brees will sit against the Carolina Panthers on Sunday with a bruised rotator cuff, and we still have no clue just how long that will keep him out. One week? Eight? Somewhere in between? Whatever the return timetable will be, the Saints need to come up with a better contingency plan than Luke McCown. He's not the man to lead this team to the playoffs, no matter how you slice it. Either Brees gets signed off for a quick return or the Saints need to look elsewhere for QB help before the Week 8 trade deadline.

2. Commit To The Run

Mark Ingram has struggled to the tune of just over 3 yards per over 25 carries so far this year. Khiry Robinson has been better, rushing for 5.2 yards per carry on 13 touches. However, that's still just 19 carries per game split between the two. For the Saints to survive this Brees injury, they'll need to up that to 25-30 carries combined and trust that Ingram will find his way (or weigh carries in favor of Robinson).

The Falcons are 2-0. The Panthers are 2-0. Both may not be as good as their starts suggest, but the Saints can't afford to fall three games back of one or both with a loss to Carolina on Sunday. With all the adversity they face this week, New Orleans needs to dig deep, control the clock and steal one away from the Panthers.

It's two games. Yes, all the critics are already writing off New Orleans. Yes, things look bleak with Brees sidelined. However, the only things that matters is what goes on between the sidelines. The Saints have the talent to survive all of this. They just have to put it together into a cohesive whole, week by week.