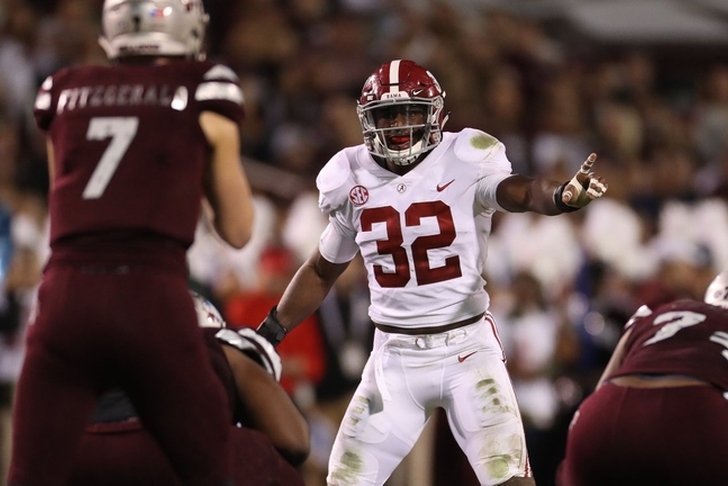 The New Orleans Saints returned to the playoffs last season and were a Minnesota Miracle away from reaching the NFC Championship Game. This team believes their championship window is still open, but want to add an impact player in the first round of the NFL Draft to help them get back to the Super Bowl. Here are four players they could target:

Manti Te'o is locked into the starting middle linebacker position but the other two linebacker spots are very much up for grabs. As such, expect the Saints to use their first-round pick on a player at the position. If Evans is on the board, they'll take him due to his athleticism, ability in coverage, and reliable tackling.

If Evans is off the board, look for the Saints to turn their attention to Jefferson, who has all of the tools to be a game breaker against both the run and in coverage. Jefferson is finally starting to live to his potential as a dynamic linebacker, leading the Longhorns in tackles, tackles for loss, and sacks this past season.

Drew Brees is 39 years old and, even though he's expected to re-sign with the team this offseason, the Saints need to start finding his eventual replacement. Drafting a young and talented quarterback that can learn from Brees will benefit this team down the road, so why not Lamar Jackson? His athleticism is an obvious upside, along with his cannon for an arm. Jackson has been inconsistent with his accuracy, footwork, and reading defenses, but being able to learn under Brees and head coach Sean Payton would make him a starting-caliber quarterback sooner rather than later. Could you imagine him and Alvin Kamara in the same backfield?

The Saints secondary could improve and, with Kenny Vaccaro hitting free agency, they need to find more depth - if not another starter - at the position. Blanding is an excellent tackler and more of a strong safety at this point, but he's someone who makes a lot of sense for New Orleans.