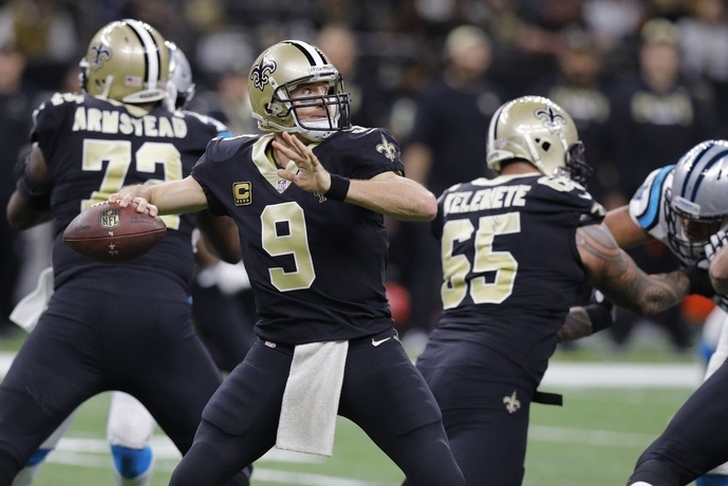 The New Orleans Saints made the playoffs after a three-year absence and ousted the Carolina Panthers for the third time this season in the Wild Card round, setting up a matchup this weekend against the Minnesota Vikings. Minnesota is the favorite to come out of the NFC and make the Super Bowl, but we don't think that's the case. Here are three reasons why the Saints are guaranteed to beat the Vikings:

If you consider yourself a die-hard member of Who Dat Nation, you'll fit in great here ---> New Orleans Saints by Chat Sports

1) The multiple ways New Orleans can beat you
The reason why New Orleans was able to end their playoff drought is because of how well-rounded they are. Drew Brees is no longer carrying the team (though he's proven several times this season - including last weekend against the Panthers - that he still can). Along with the league's second-best offense, which we've seen the Saints have in the past, they have a top-five rushing attack and a top-10 scoring defense.

2) Minnesota's fake success
The Vikings are 13-3 this season, but only five of those games came against playoff teams - and they're just 3-2 in those games. If Minnesota had played a more difficult schedule, they would not be held in as high regard as they are now. As such, they'll be exposed by the Saints on Sunday.

3) Experience
Vikings quarterback Case Keenum will be making his first career playoff start, while Drew Brees will be making his 13th. That experience gap will show itself pretty early on when it comes to dealing with the big stage. Furthermore, Minnesota has not won a playoff game since 2009 - when Brett Favre was quarterbacking them. New Orleans has five playoff wins in that time.