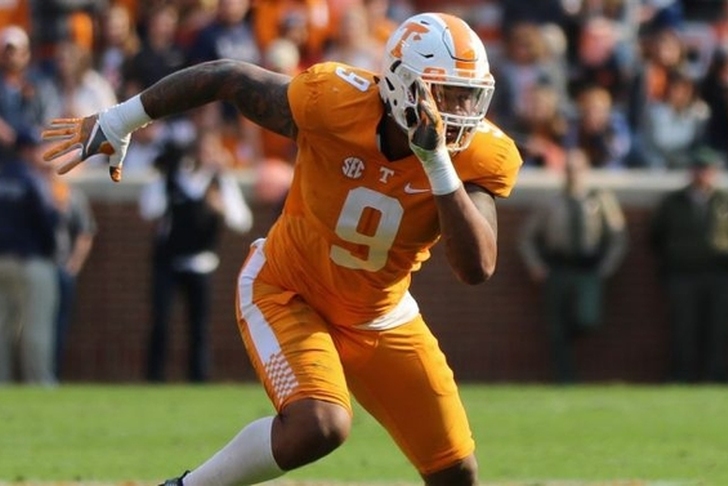 The New Orleans Saints hold the No. 11 pick in the first round of the NFL Draft after a disappointing season that resulted in them missing the playoffs for the third straight season. Now, they are looking to add an impact player in the first round that can help them take another step forward in 2017. Here are the top three players they should draft: It doesn't matter what position (well, maybe not safety), the Saints just need to pick a defensive player. I'll slot them another edge rusher for the time being, since Cam Jordan is the only proven, reliable option on the roster. Barnett was an absolute menace at Tennessee and will be an impact player from day one. There's a chance he could be gone before the Saints pick, but if he's there, he'll be their guy.

If Barnett is off the board, Charlton is an excellent backup option after racking up 13.5 sacks last season. Though he projects as a 4-3 defensive end, Charlton has also looked in coverage drills at the combine and at his pro day, signaling he could help as an outside linebacker as well. That versatility would make him a major asset.

If New Orleans decides not go to with a pass rusher (which seems unlikely), Humphrey is as good an option as any. The Saints need a major upgrade that the position, and while he still needs to work on his footwork, Humphrey has the potential to be a true No. 1 lockdown corner.