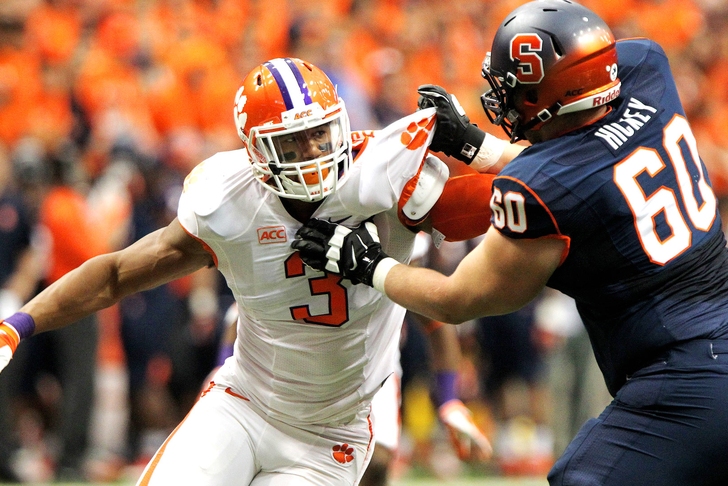 The New Orleans Saints were disappointing in 2014 as they went 7-9 in a bad NFC South. Obviously, New Orleans has some areas they need to address to get back to playoffs. Here’s where the Saints are most likely to go in the draft:

The Saints didn't have anyone who recorded double-digit sacks this past season, and ranked 25th in the NFL with just 31 sacks as a team. Clemson's Vic Beasley could be in play if he slips to the 13th pick in the first round, as will Kentucky’s Alvin Dupree. New Orleans' secondary was the weakest part of the team in 2014, ranking 29th in the league in passing yards allowed (261.5 a game) and 26th in interceptions (11). They need someone who can provide some stability to the unit, and Oregon’s Ifo Ekpre-Olamu and Wake Forest's Kevin Johnson would be good options in the first round.

Jonathan Goodwin is a free agent, and the Saints don't appear to be interested in bringing the 36-year-old back. If they don't they'll need someone to take his place in the starting lineup. The Saints could wait until the second round to make this pick, where Florida State's Cameron Erving and Auburn's Reese Dismukes are the most likely prospects New Orleans will target.