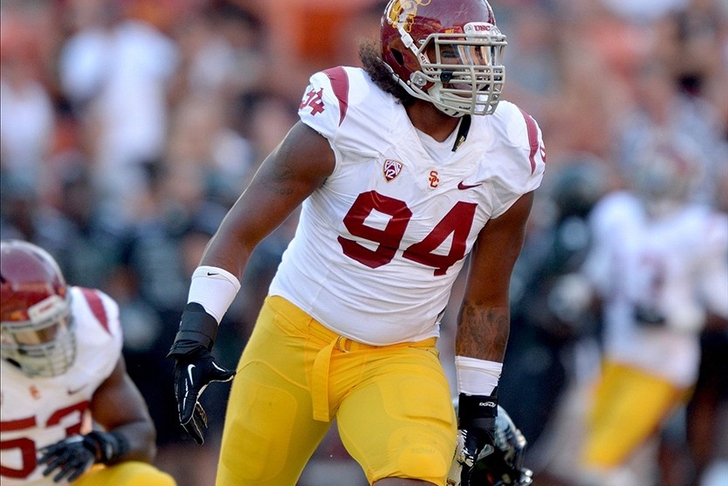 The New Orleans Saints were disappointing in 2014 as they went 7-9 in a bad NFC South. Obviously, New Orleans has some areas they need to address to get back to playoffs, so they may make a splash on draft day via a trade or draft pick. While we’re not necessarily expecting any of these trades to happen, we wouldn’t be surprise. Here are 3 draft day trades the Saints could make when the 2015 NFL Draft rolls around:

New Orleans desperately needs help on the defensive line, and making this move would allow them to draft USC's Leonard Williams or Florida's Dante Fowler, Jr., the two premier pass rushers in the draft. Jacksonville would be willing to move back 10 spots in the first round to get two extra picks, but the Saints would get an impact player who would immediately upgrade their defensive line.

This move would give the Saints back-to-back first round picks at #12 and #13 overall, allowing them to get two players that will have an immediate impact. Cleveland would still have two first round picks while acquiring an extra second-rounder. New Orleans would likely draft Michigan State's Trae Waynes, the top cornerback in the class, if they made this move.

Minnesota needs to add depth at numerous positions, but they might be willing to move back into the first round to get another top-notch player. New Orleans needs help all over the place on defense, so they can afford to give up their second first-round pick to gain some extra selections.