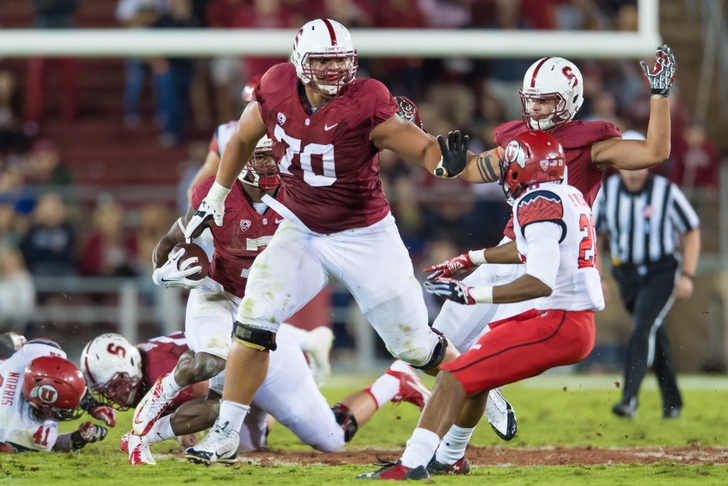 With the 13th pick in the 2015 NFL Draft, the New Orleans Saints select Andrus Peat out of Stanford.

Possessing a massive, well-proportioned frame even by offensive tackle standards, Peat used his size to his advantage en route to being voted a second-team All-American and Outland Trophy semifinalist in 2014. A five-star prospect coming out of Arizona, Peat started the final 27 games of his career at Stanford while serving as QB Kevin Hogan’s primary protector for two years running.

Deceptively athletic for an offensive tackle, Peat posted just over a 10-foot broad jump during Stanford’s Pro Day. He combines that with a wide base that’s extremely hard to push or pull in traffic and deft footwork that allows him to slide in and out of blocks either in the pass rush or in the running game. Able to read stunts and twists by instinct, Peat has straight-line power to block through rushers and drive them. He’s as close to a franchise left tackle as there is in this draft.