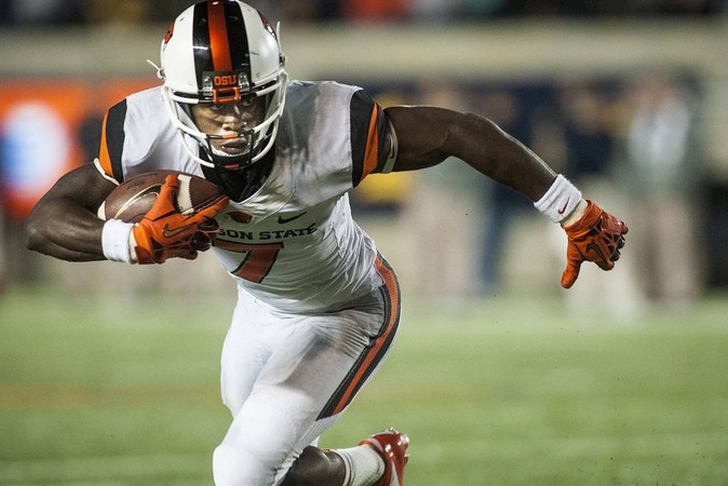 With the 20th overall pick in the 2014 NFL Draft, the New Orleans Saints have selected WR Brandin Cooks out of Oregon State.

A former sprinter and basketball player in his prep school days, Brandin Cooks won the Bilentikoff Award in 2013 as the top wide receiver in the FBS. He rewrote the Pac-12 record books with the Oregon State Beavers last season, posting 128 receptions for 1,730 yards – both conference records. The former team captain showcased breakneck speed at the Combine in the 40-yard dash (4.33 seconds), the 20-yard shuttle (3.81 seconds), and the 60-yard shuttle (10.72 seconds.)

Along with showcasing top-tier speed, Cooks is agile and able to sink and pop his hips to gain separation out of his breaks. His body control is solid, and he uses his field concentration skills to turn short gains into big plays. He is growing from an elusiveness standpoint, learning to mix up his moves on the catch in order to dupe defenders on his first and second moves. He has shown durability his entire career, and excelled in a leadership role as team captain at Oregon State.

Check out Cooks'  highlight video for a closer look at what he brings to the Saints: