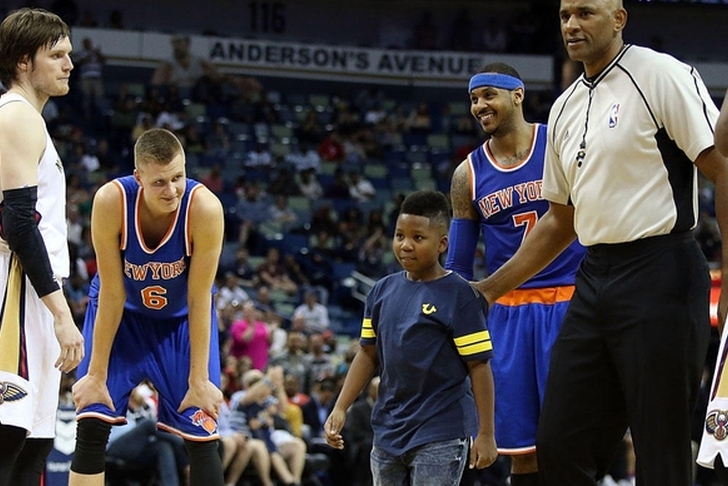 Two security guards at the Smoothie King Center have been fired over an incident where a child ran onto the court to hug Knicks forward Carmelo Anthony during a game against the New Orleans Pelicans.

"Essentially what happened there is that you get two people who were not doing their responsibilities and that led to a black eye for us as the building operator," Superdome/Smoothie King Center general manager Alan Freeman said, via NOLA.com. ''So what we have done since then is first of all, we obviously replaced those two people who failed to do their jobs -- the usher and the police officer.

''Thankfully it was just a young boy who wanted to get closer to maybe one of his idols, but it could have been something a lot more serious. They all understand that now.''

Anthony said after the game he was "shocked" that the child was able to run out onto the court without meeting any resistance.

The arena staff has undergone additional training after the incident, and they've hired two more police officers to be positioned on the floor during games.