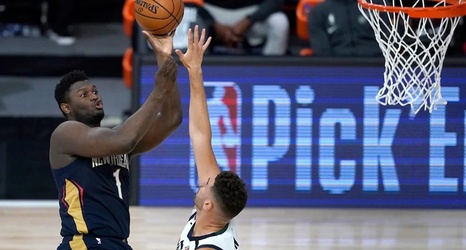 Due to an emergency family matter in mid-July, Zion Williamson went nearly two weeks without participating in a basketball game or team practice, including missing three New Orleans scrimmages vs. NBA teams. While his Pelicans teammates each played specific minute allotments in exhibition wins over Brooklyn, Denver and Milwaukee, the 20-year-old spent nine days away from the Orlando campus, then four additional days quarantining, per the NBA’s protocol for players returning to Disney.

After Williamson practiced with the Pelicans on Tuesday, many NBA observers hoped he’d immediately resume logging his average of 29 minutes per game in 2019-20, but that was never part of the Pelicans’ plan.