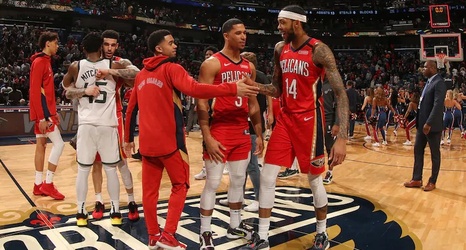 Officially, the first All-Star season of Brandon Ingram’s four-year NBA career began Oct. 22 in Toronto, when the forward scored 22 points on national TV against the defending champions, in front of a sold-out crowd. But it really began last summer in empty gyms, with zero fanfare.

While transforming himself from young talent with potential to New Orleans go-to scorer and one of the NBA’s most productive scorers and shooters, Ingram spent countless hours working on his game, resulting in a stunning improvement across the board offensively. It’s beyond a cliché in today’s NBA to say that a player is “spending more time in the lab,” or “grinding to get better,” but Ingram has some very tangible evidence to prove the work he’s put in is paying dividends.