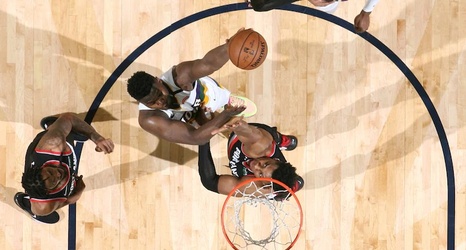 Put a smaller, theoretically quicker defender on him, and he’ll power his way to the basket, or soar over the guy for an alley oop dunk. Try a taller, lengthier defender against him, and he’ll use his jaw-dropping first step and second jump to reach his destination before the opposing team is even ready to react.

During his smashing first three weeks in the NBA, New Orleans rookie Zion Williamson has averaged 21.0 points per game in only 27.0 minutes a night, while providing plenty of evidence for teammate Jrue Holiday’s rapidly-developed opinion that the 19-year-old is already too much for defenses to handle.