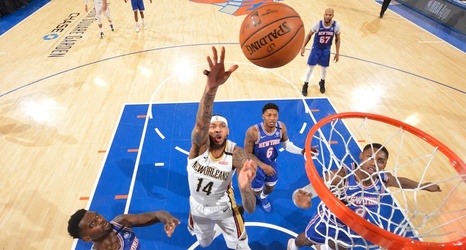 NEW YORK – After starting the season 2-11 on the road, New Orleans has now won five of its last seven away contests. After opening 2-9 against the Eastern Conference, the Pelicans have now won that many games against the East over the past three days alone.

Everything seemed to be trending up for New Orleans after Friday’s win in Madison Square Garden, where the visitors relied on ball movement and a few stellar individual performances to control the lead for most of the night on ESPN. The Pelicans dished out a whopping 35 assists – one shy of tying a season high – getting everyone involved while piling up the points.