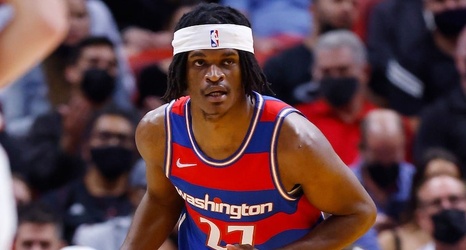 The New Orleans Pelicans announced today that the team has signed forward Alize Johnson to a 10-day contract. Per team policy, terms of the deal were not disclosed.

Johnson, 6’7”, 212, has appeared in 68 career games (one start) across four seasons with Indiana, Brooklyn, Chicago, and Washington, recording averages of 2.5 points and 3.0 rebounds in 7.5 minutes per contest while shooting .493 from the field. Johnson has appeared in 19 games this season with the Bulls and Wizards, averaging 1.7 points and 2.5 rebounds in 7.3 minutes per game.

A native of Williamsport, Pa., Johnson was selected 50th overall in the 2018 NBA Draft out of Missouri State where he averaged 14.