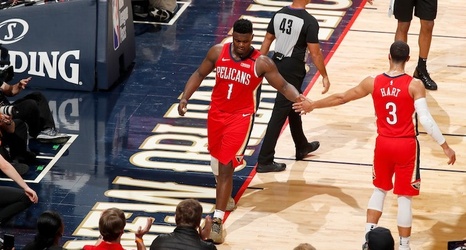 So much has transpired in the 14 months since Zion Williamson officially became a New Orleans Pelican, that when he asked Thursday what he’ll remember most about his rookie season, he was apologetic, unable to narrow it down. Between an earthquake during his summer league opener, his preseason knee injury, a dramatic Jan. 22 debut vs. San Antonio, his team’s midseason surge into playoff contention, a pandemic halting play and an unprecedented NBA “campus” environment this summer, the list of possibilities is endless.

“It’s been a crazy journey,” said Williamson, who has turned both 19 and 20 since shaking hands with Adam Silver on draft night.