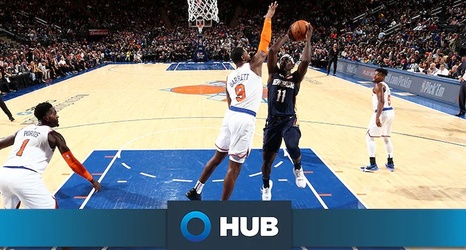 NEW YORK – When ESPN selected New Orleans-New York as a matchup on its mid-January broadcast schedule, it assuredly expected the game to feature No. 1 overall draft pick Zion Williamson, as well as two potentially up-and-coming teams with designs on reaching the playoffs in their respective conferences. While little of that projection has come to fruition, the Pelicans (13-25) and Knicks (10-28) have generally been playing better basketball than they did early in 2019-20, when it appeared this Friday matchup might ultimately get replaced on the national TV schedule.

New Orleans has won seven of its last 10 games; New York is trying to end a four-game losing streak Friday, but is 6-10 under in-season replacement head coach Mike Miller, after going 4-18 for David Fizdale.