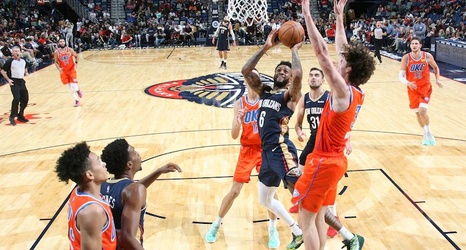 By piling up 22 points in Wednesday’s fourth quarter, New Orleans guard Nickeil Alexander-Walker became just the eighth different player in franchise history to notch 20-plus in any period. The third-year pro’s big quarter probably would not have been possible without a shift in his approach on drives to the basket, a change encouraged by teammates.

“I told him, you’ve got to stop going in there looking to pass,” fellow Pelicans starting guard Devonte’ Graham said after Friday’s shootaround. “He was being aggressive, but he wasn’t having a score-first mentality. I told him to go shoot the ball - good shot, bad shot, we need you to score the ball.