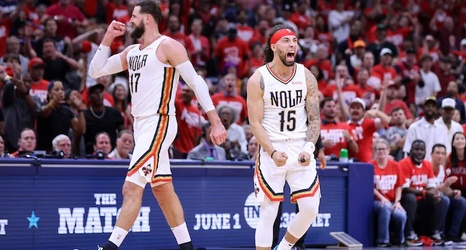 Popular sports podcaster Ryen Russillo called the New Orleans Pelicans “America’s team” on Tuesday. Author Jeff Pearlman – who wrote the best-selling 2014 book “Winning Time,” which spawned the current HBO docudrama – tweeted “If you entered the NBA playoffs as a fan free agent, you'd absolutely have to pick the Pelicans as your squad.”

Regardless of the outcome of this Western Conference first-round series against top-seeded Phoenix (Game 5 is 9 p.m., Bally Sports, TNT, 100.3 FM), the Pelicans have gained many supporters during the 2022 postseason. That charge seemed to pick up momentum after Sunday night’s 118-103 win, as people checked in across the country to watch, for example, New Orleans rookies Jose Alvarado and Herbert Jones bring their intense, not-backing-down brand of intensity and defense to the hardwood vs.