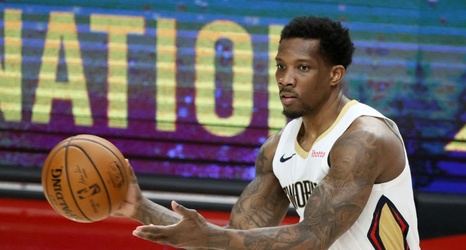 The New Orleans Pelicans have been involved in a ton of offseason rumors, most of which revolve around the NBA Draft.

The most recent noise has the Pels reportedly trying to strike a deal with division-rival Memphis involving the 10th pick in the NBA Draft and Eric Bledsoe.

Something swirling around the draft rumor mill is Eric Bledsoe and #10 from New Orleans to Memphis for #17. The idea is that the Pelicans clear Bledsoe, while moving back slightly.