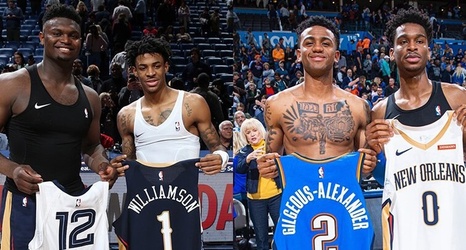 Zion Williamson describes one of his teammates and good friends on the USA roster at Friday’s Rising Stars game in Chicago as a “brother.” On the opposing squad, one of Nickeil Alexander-Walker’s World teammates is literally a family member.

As New Orleans rookies Williamson and Alexander-Walker prepared to represent the Pelicans on a national stage this weekend, they looked forward to fulfilling a lifelong dream of being part of the NBA’s All-Star weekend. For the 19-year-old Williamson and the 21-year-old Alexander-Walker, there’s also a particularly personal reason why Friday’s exhibition featuring first- and second-year players will be special.