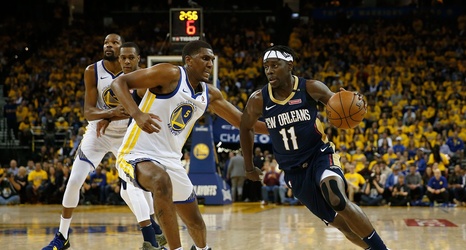 The New Orleans Pelicans have been involved in a ton of trade rumors and the season isn’t even over.

Most of them involve Lonzo Ball or Jrue Holiday, which makes sense considering they have overlapping skillsets and each could fetch a nice return.

This is especially true of Jrue Holiday, who has been hypothetically traded to everyone from the Warriors to the Brooklyn Nets, Denver Nuggets or Indiana Pacers.