Pelicans NBA Draft: Josh Giddey can be a Star in New Orleans 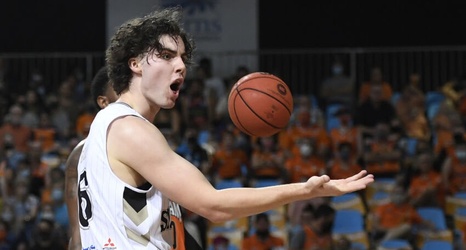 Josh Giddey of the 36ers (Photo by Albert Perez/Getty Images)

Whether the New Orleans Pelicans trade down or not, Josh Giddey is a star in the making who might get a look.

The long point guard out of Australia spent his lone professional season in the NBL (Australia’s basketball league), where he was Rookie of the year and led an Adelaide 36ers team with former NBA players Issac Humphries and Brandon Paul. With Lonzo Ball‘s free agency up in the air, a guard like Giddey is almost a seamless fit with New Orleans.

Giddey brings a lot to the table as a lead guard.