Pelicans entertain crowd of over 10,000 fans at annual open practice 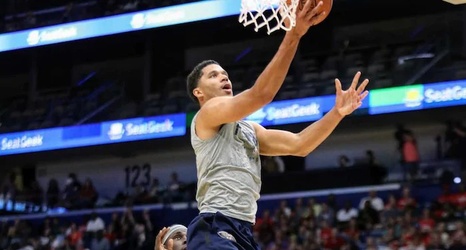 Two hours before New Orleans’ open practice was officially scheduled to begin Saturday, the line of fans waiting to get into the Smoothie King Center was already a couple thousand strong. The huge crowd – some of whom ended up sitting in the upper bowl after all seats were taken on the lower level – waited a long time to get in the building, but it only took a few seconds for them to get a glimpse of the future. On the first two possessions of a Pelicans intrasquad scrimmage, a play was run for No. 8 overall pick Jaxson Hayes to try to throw down an alley oop slam; followed by No.