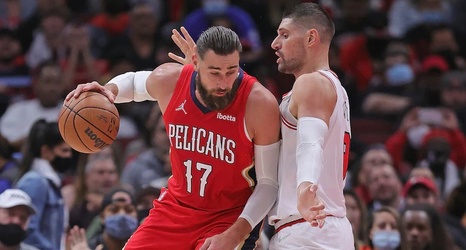 With its leading scorer sidelined early in 2021-22, New Orleans will need to play mistake-free, efficient offensive basketball to have a chance to compete against every opponent. On Friday, the Pelicans weren’t able to pull off either of those, committing too many turnovers and going through a few extended shooting droughts in the United Center.

Chicago took full advantage, racing to an early double-digit lead and never being seriously threatened. The Bulls opened a season 2-0 for the first time since their “Big Three” was Jimmy Butler, Dwyane Wade and Rajon Rondo.

IT WAS OVER WHEN…

DeMar DeRozan swished a mid-range shot and was fouled by Trey Murphy, converting a three-point play that gave Chicago a 100-75 lead with 10:29 remaining in regulation.