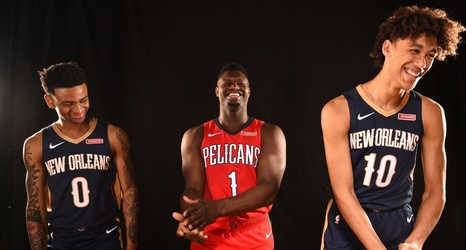 Out of the gate, the New Orleans Pelicans haven’t been able to find their stride as a whole. Much of this season would hinge on how the team’s young players performed.

The team added four new faces to the organization on draft night, including three picks in the first round and two selections inside the top ten. Granted, the team better get used to making a helping of draft picks each year, as they own 16 draft picks over the next four seasons.

Zion Williamson, the most anticipated rookie of the last eight years, still hasn’t made his first trot onto the floor for the Pelicans, though the team’s other two first-rounders have each played a small share of minutes out of the gate.