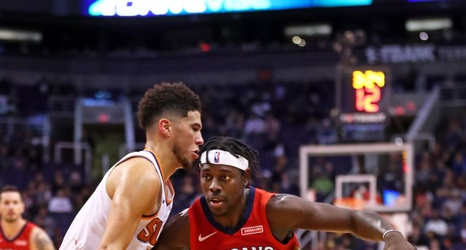 The New Orleans Pelicans hope to snap a six-game losing streak tonight by knocking off the Phoenix Suns for a second time this season. A week before Thanksgiving, the Pelicans had edged out the Suns 124-121 in Phoenix as Brandon Ingram led the way with 28 points, scoring the team’s final nine points.

Since that meeting on November 21, the Suns have continued to drop down in the standings, winning only twice in six tries. This includes a 128-114 loss to the Magic last night in Orlando where Aaron Gordon was nearly perfect from the field, missing only two of 15 shots en route to 32 points.