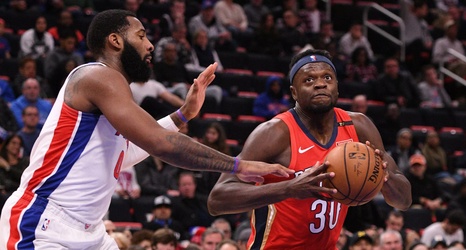 On November 19th, the New Orleans Pelicans were engaged in an important matchup against the then 8-7 San Antonio Spurs. After watching Anthony Davis take an elbow to the head, Alvin Gentry faced a crucial decision. Davis was but four points short of scoring 10,000 for his career...in front of the Smoothie King Center crowd...at the tail end of a three-game home stand. The head coach had to weigh sitting Anthony Davis and trusting the bench to hold the tenuous lead, or risk adding to Anthony Davis’ 2018-19 total of four games missed.