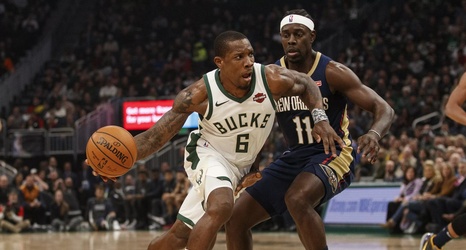 While most of The Bird Writes staff was sleeping, the New Orleans Pelicans traded franchise stalwart Jrue Holiday to the Milwaukee Bucks. Shams Charania of The Athletic was the first to report the deal, which sends Eric Bledsoe, George Hill, and a boatload of future first round picks and pick swaps to New Orleans.

For New Orleans, the writing was on the wall from the moment Jrue Holiday trade rumors began to swirl. The Pelicans front office went from declaring Holiday to be a potential MVP-candidate in waiting and the undisputed cornerstone of the team to candidly discussing they are listening to trade offers.