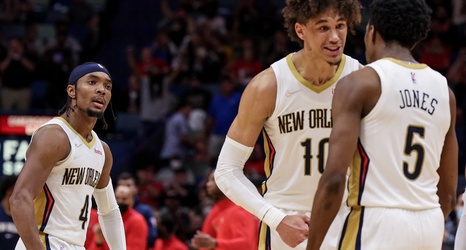 After trailing by as many as 23 points in the first half, the undermanned New Orleans Pelicans rode Herb Jones and the suddenly hot-shooting Garrett Temple to a shocking 108-104 victory over the Cleveland Cavaliers.

Playing without Brandon Ingram, Josh Hart, and Nickeil Alexander-Walker, the Pelicans outscored the Cavs 32-21 in the fourth quarter and matched the second-largest comeback in team history, and won for the sixth time in their last eight outings.